Since 2004, Studio Saransh has undertaken a recurring project, of designing a camp in the Kumbh Melas, for Prabhu Premi Sangh, a Spiritual Organisation. The seventh consecutive camp was designed in 2019. Being a winter Kumbh, work at the Prayagraj Kumbh Mela has to be executed in freezing temperatures and adding to the challenge, the land for the camp was allotted merely 30 days before the Mela commenced, due to the changing course of the Ganges river on the bed of which the Mela is established.

The scale of everything related to the Kumbh Mela is massive and this camp despite being the largest in the Mela, is known for its macro to micro detailing. From conceptualising a new theme every 3 years to showcase the varied architectural heritage of India, to detailing up to soft furnishings, while giving equal importance to hygiene and a focus on ease of maintenance, we aim for the perfect camp. A massive human resource of more than 500 people works round the clock to achieve these high standards of design within the short time period available.The design of the camp was a reflection of the vision of the Spiritual Head of the organisation.

The camp was conceived like a traditional Indian fortress, which would typically have within, a Palace, a Temple, a Yagyashala, Dining Halls and Kitchens, and houses to accommodate permanent residents as well as visitors. Facades were built with intricate carvings and motifs to recreate the grandeur of the architecture of the Classical era of traditional towns of Madhya Pradesh. The layout of the camp was such that on entering the camp one would get a panoramic view of the site, hence a central‚ Darshan Chowk was planned with important buildings surrounding it. The camp was designed keeping in mind the mass influx of people and so the heavy public movement areas were all located to the front of the camp while the more private residential areas were not accessible to visitors.With a built-up area of 3.1 lakh sq.ft., the camp comprised of an Events Pavilion with a seating capacity of 3,000 people, Dining Halls that fed about 12,000 persons per day, and various residential cottages and dormitories to accommodate 2500 people. The camp was equipped with a total of 950 toilets. 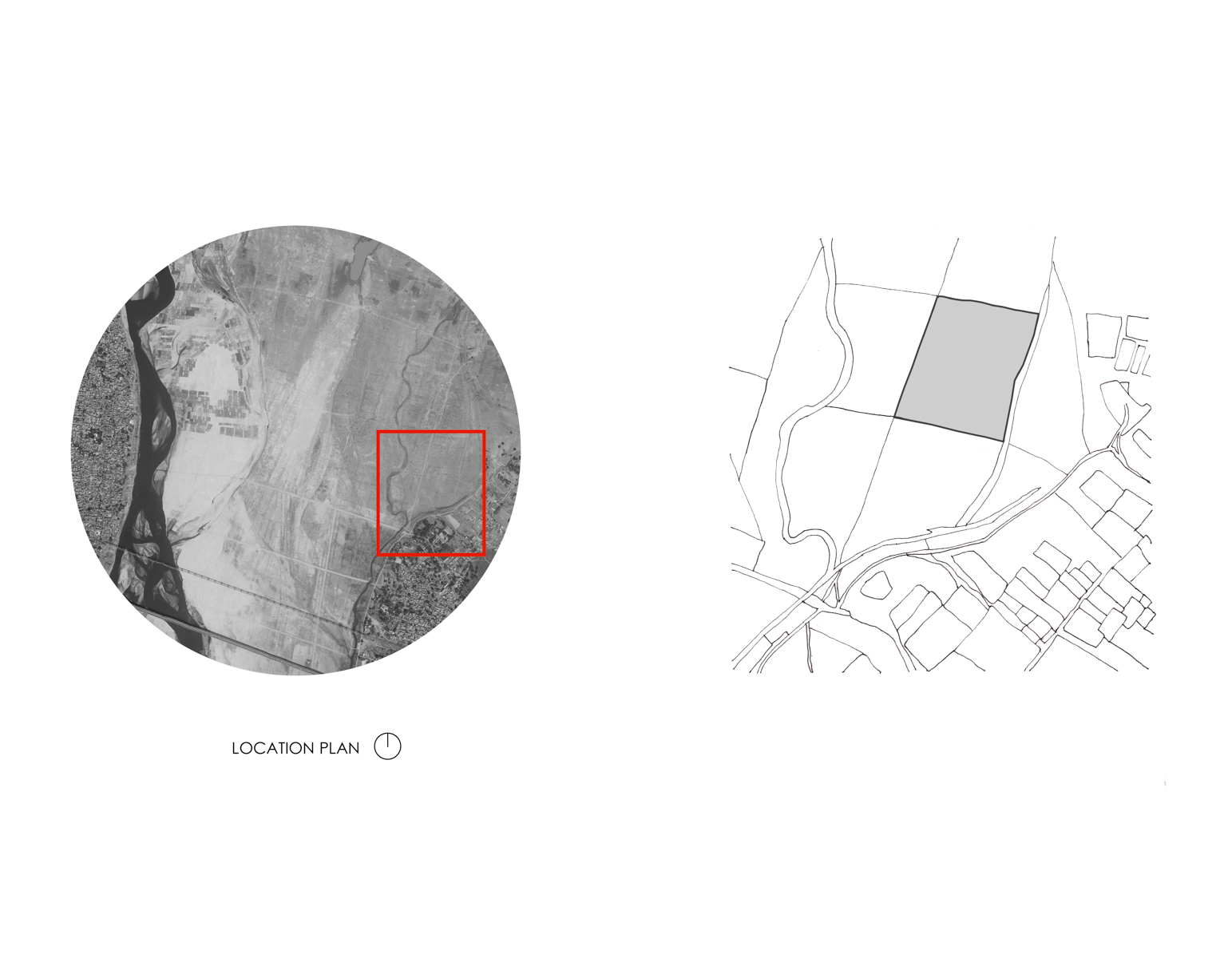 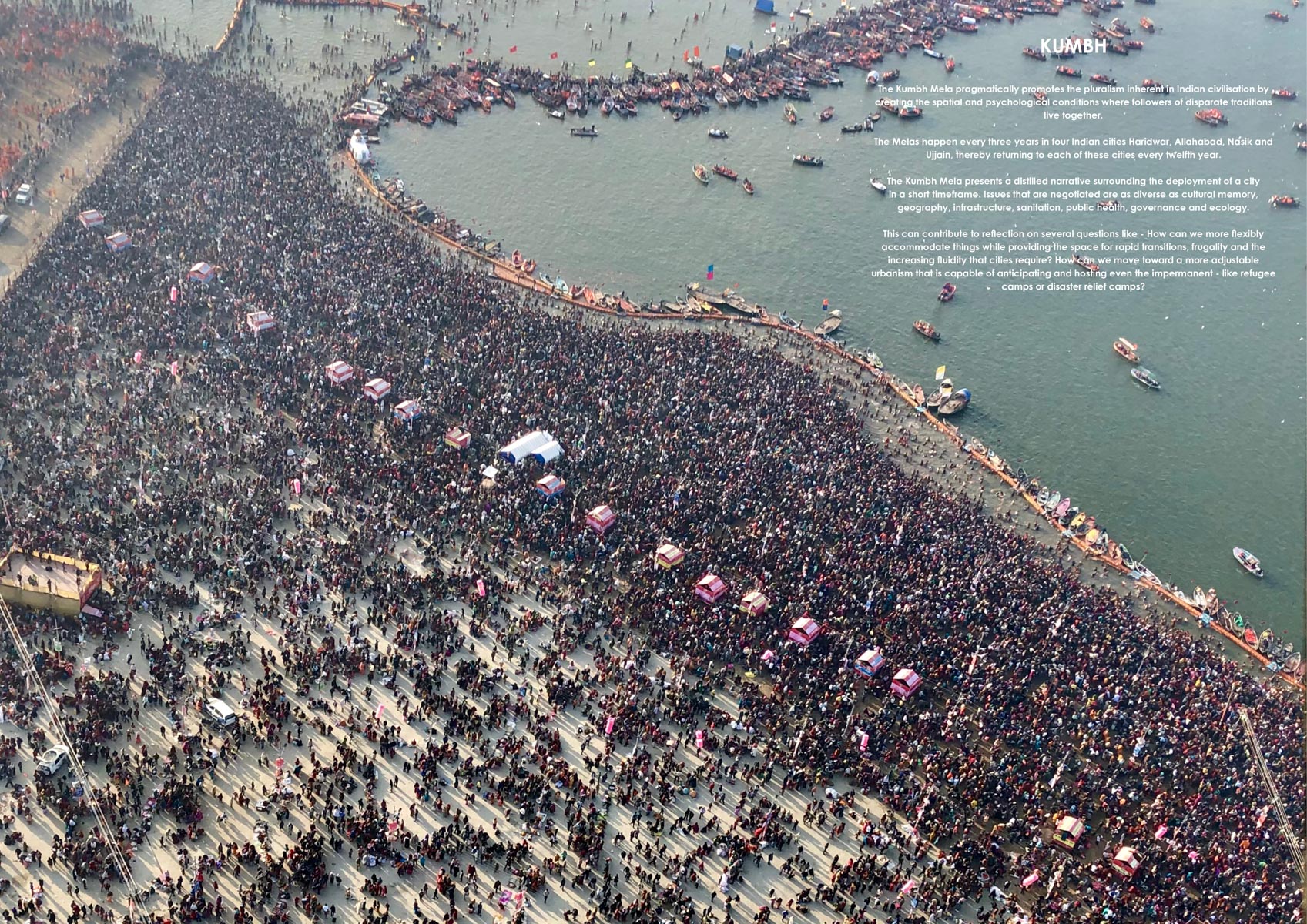 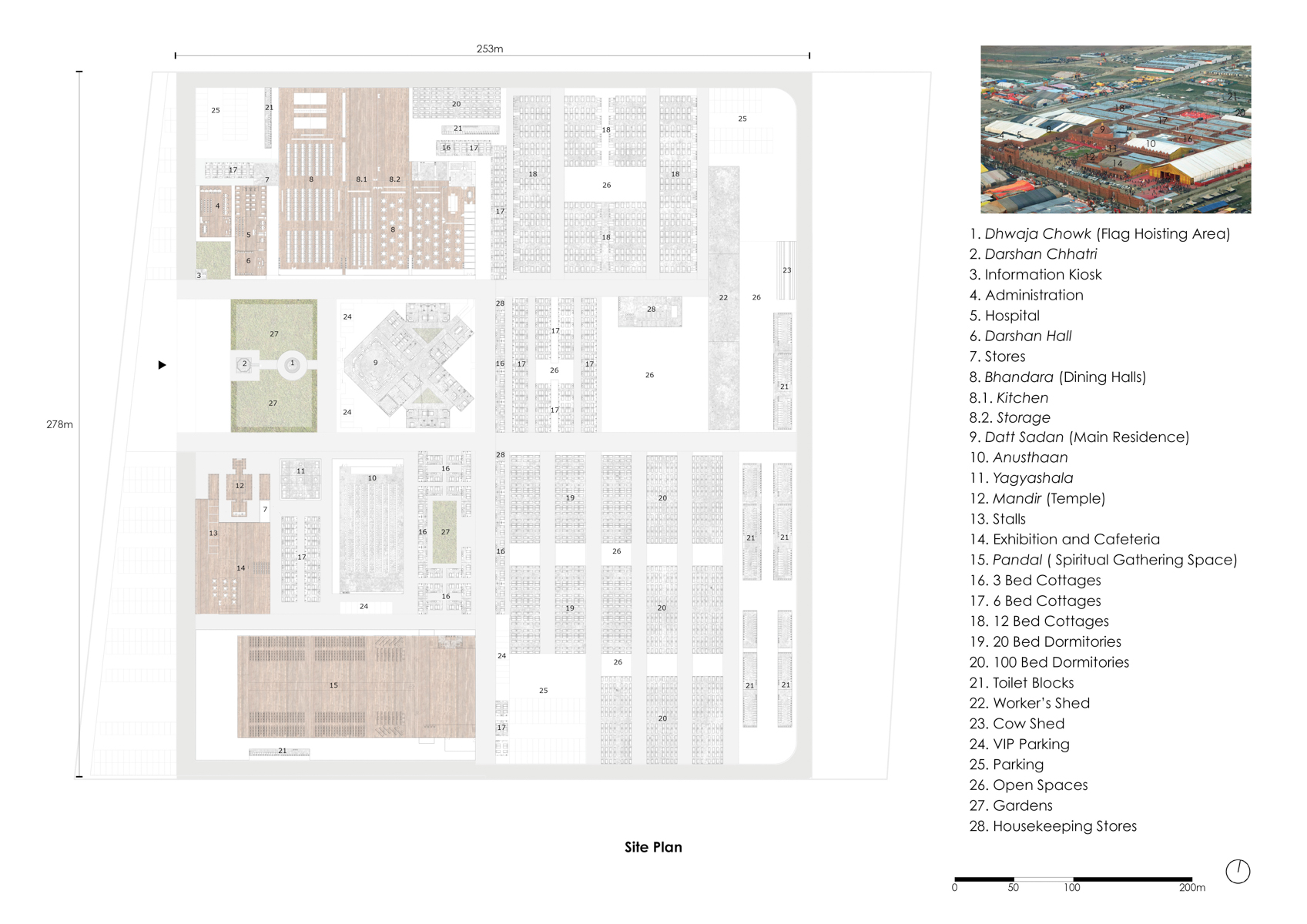 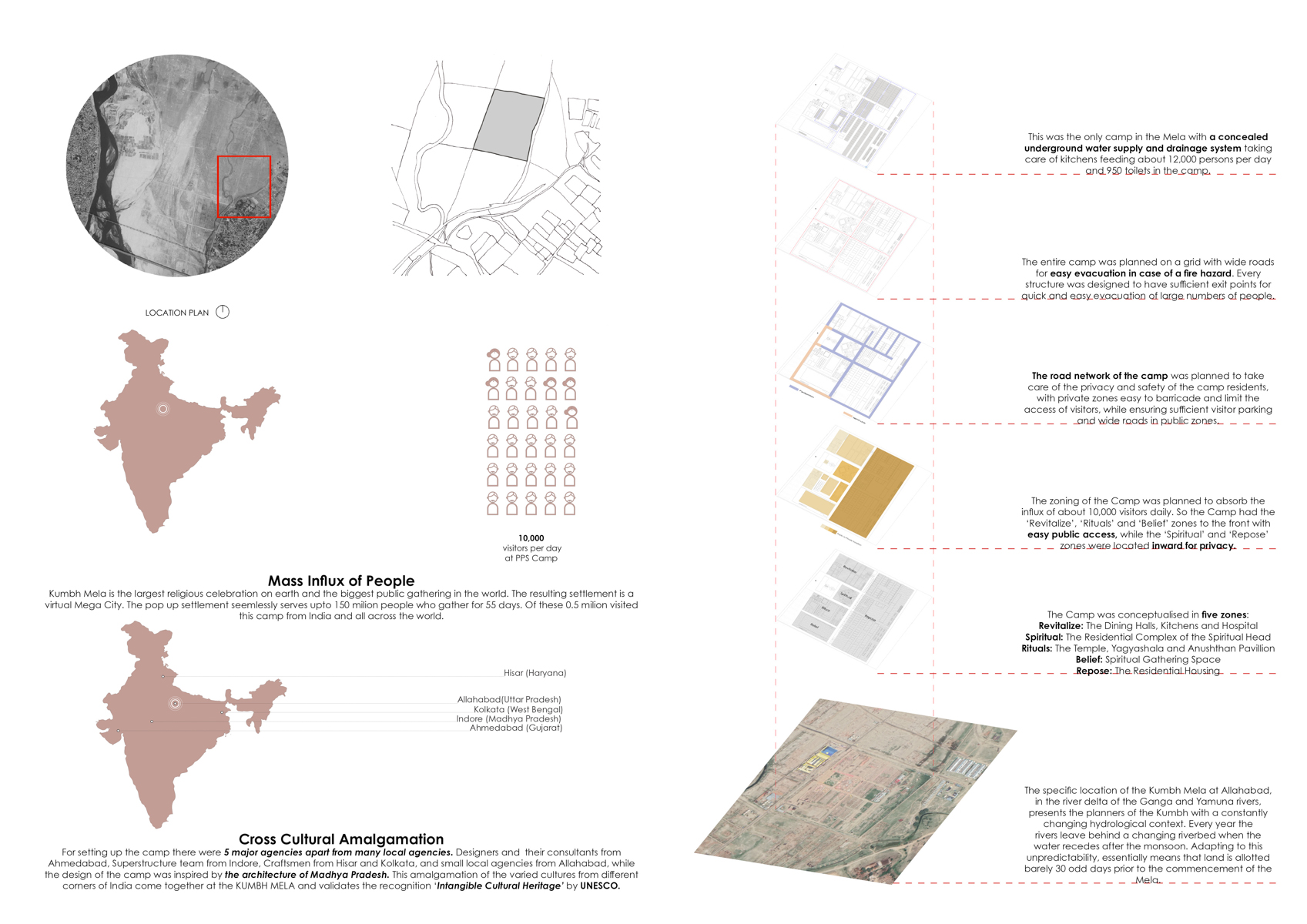 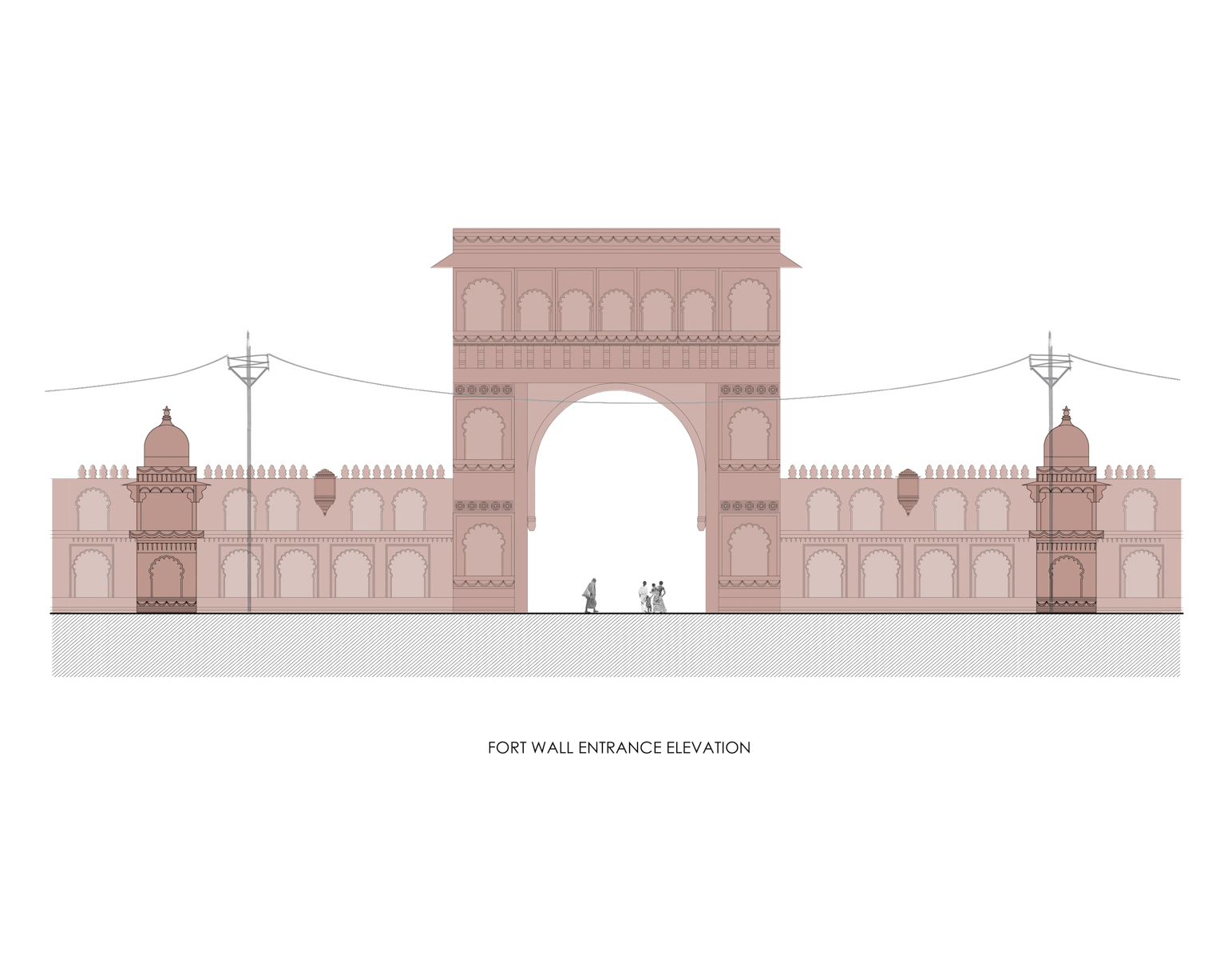 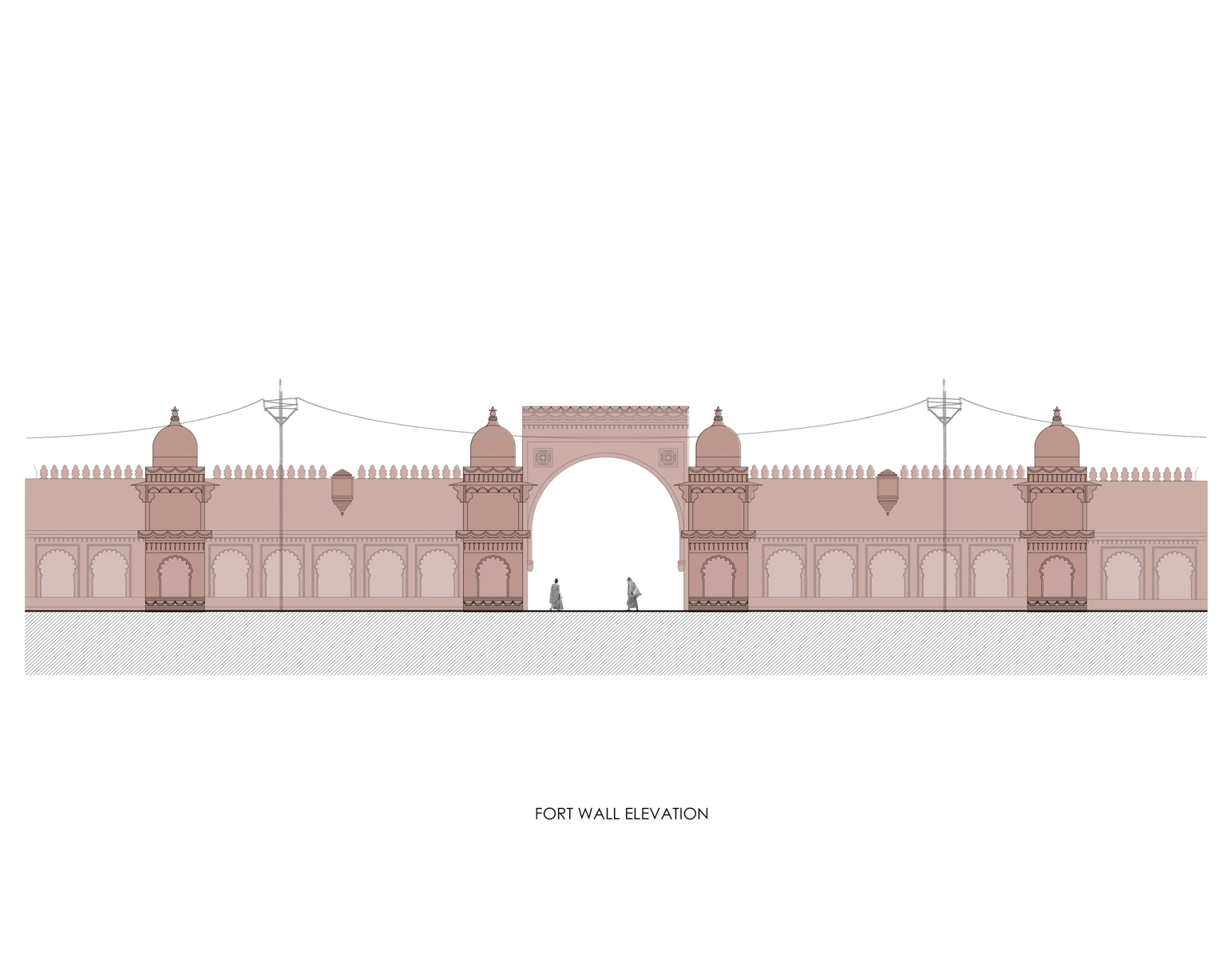 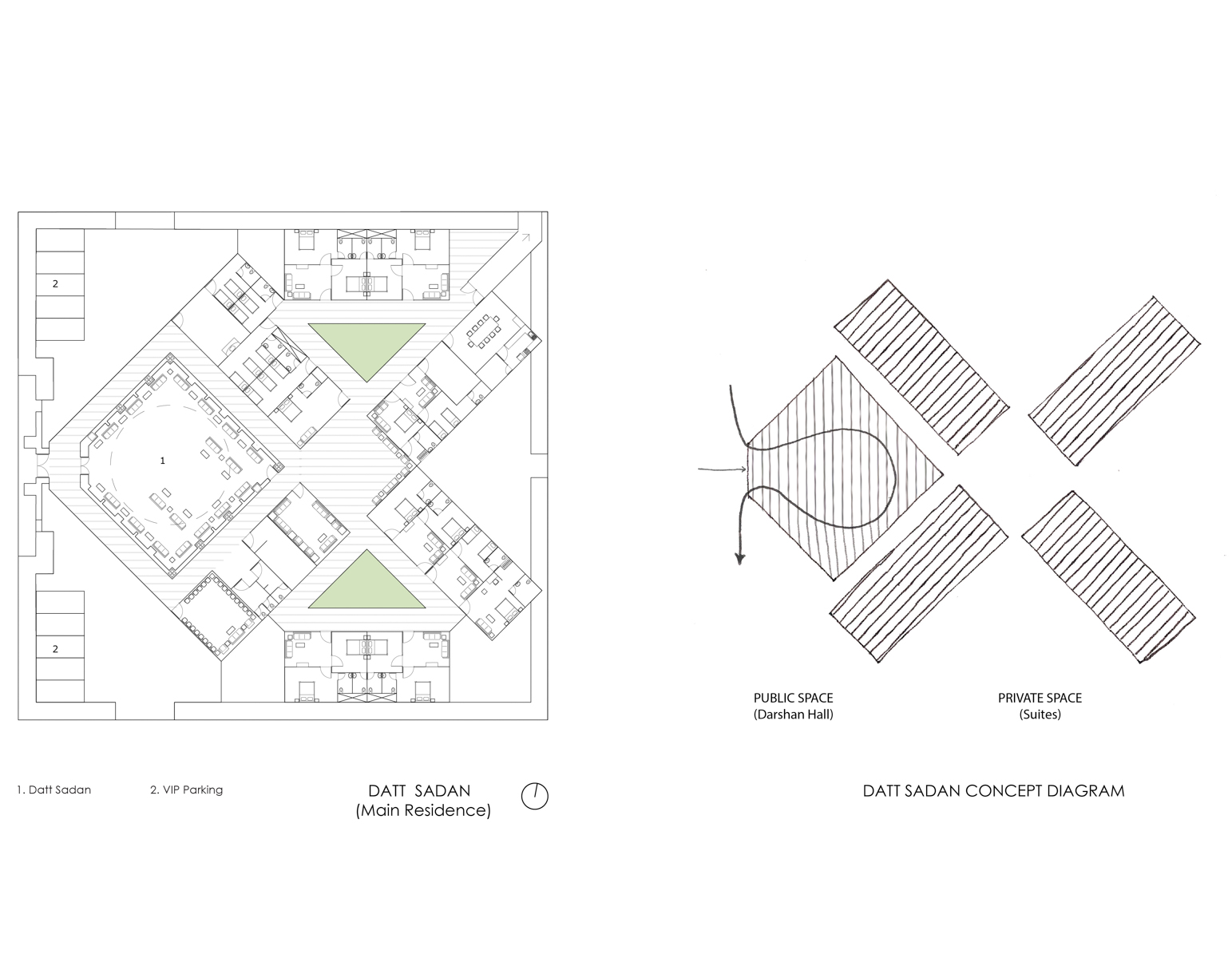 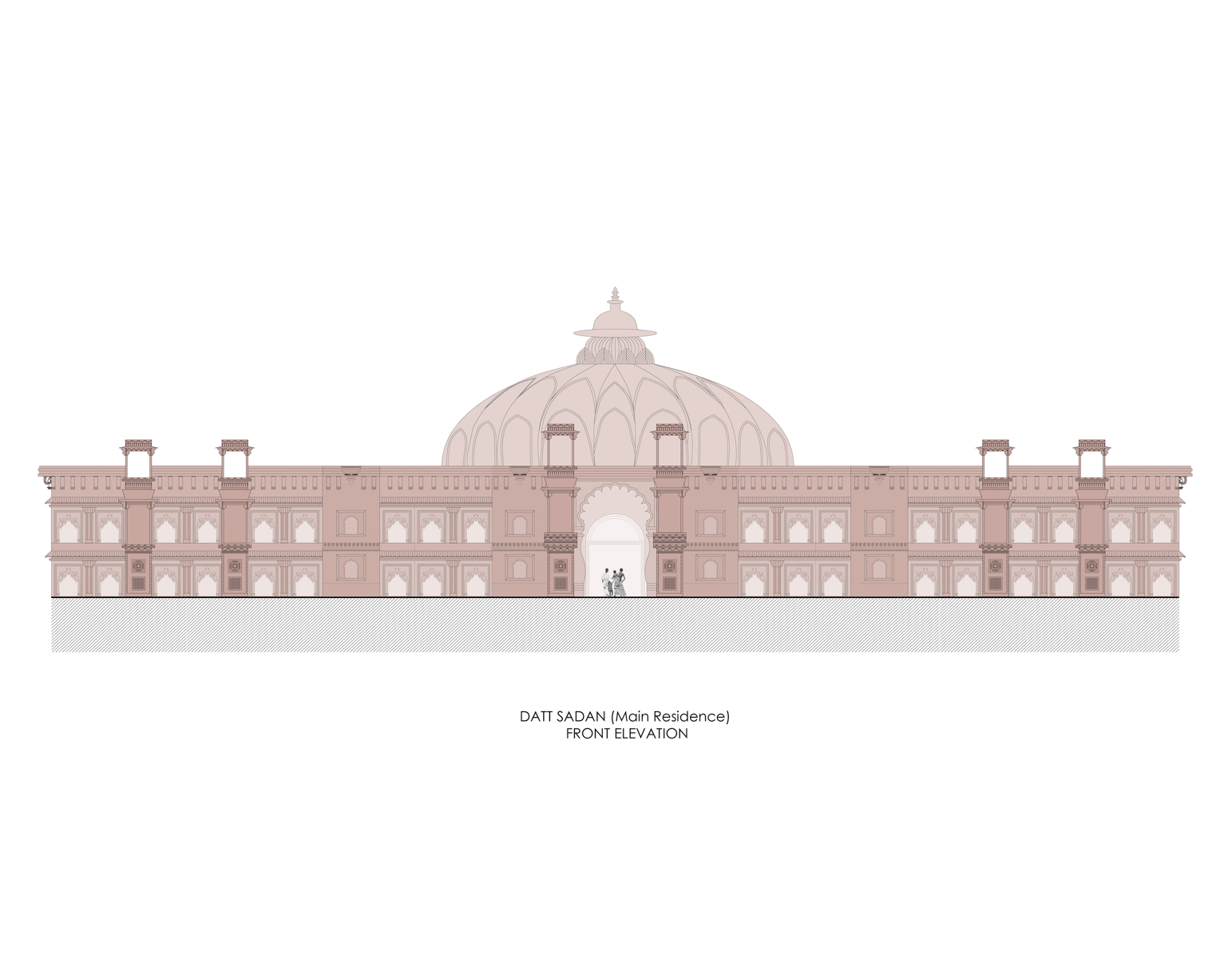 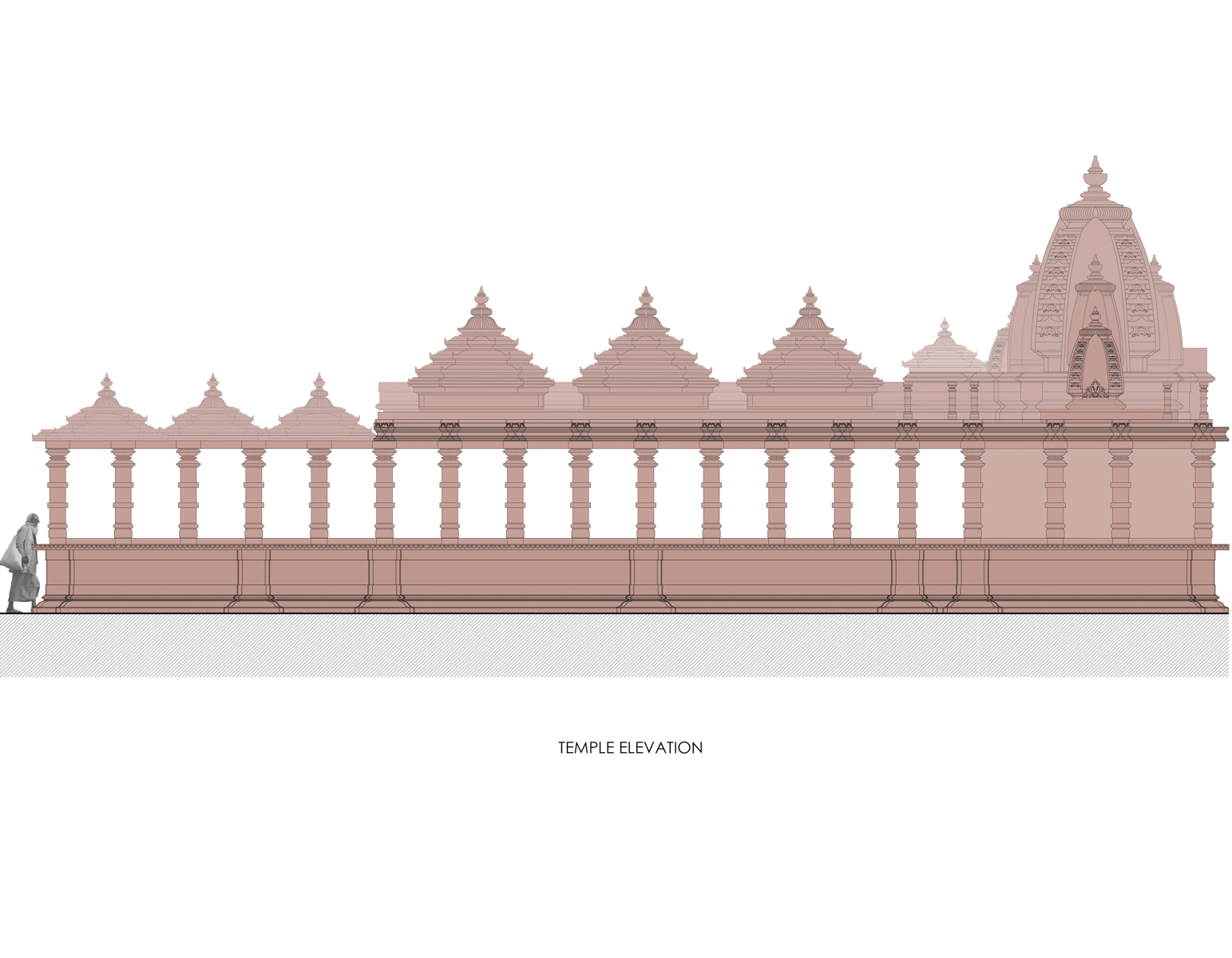 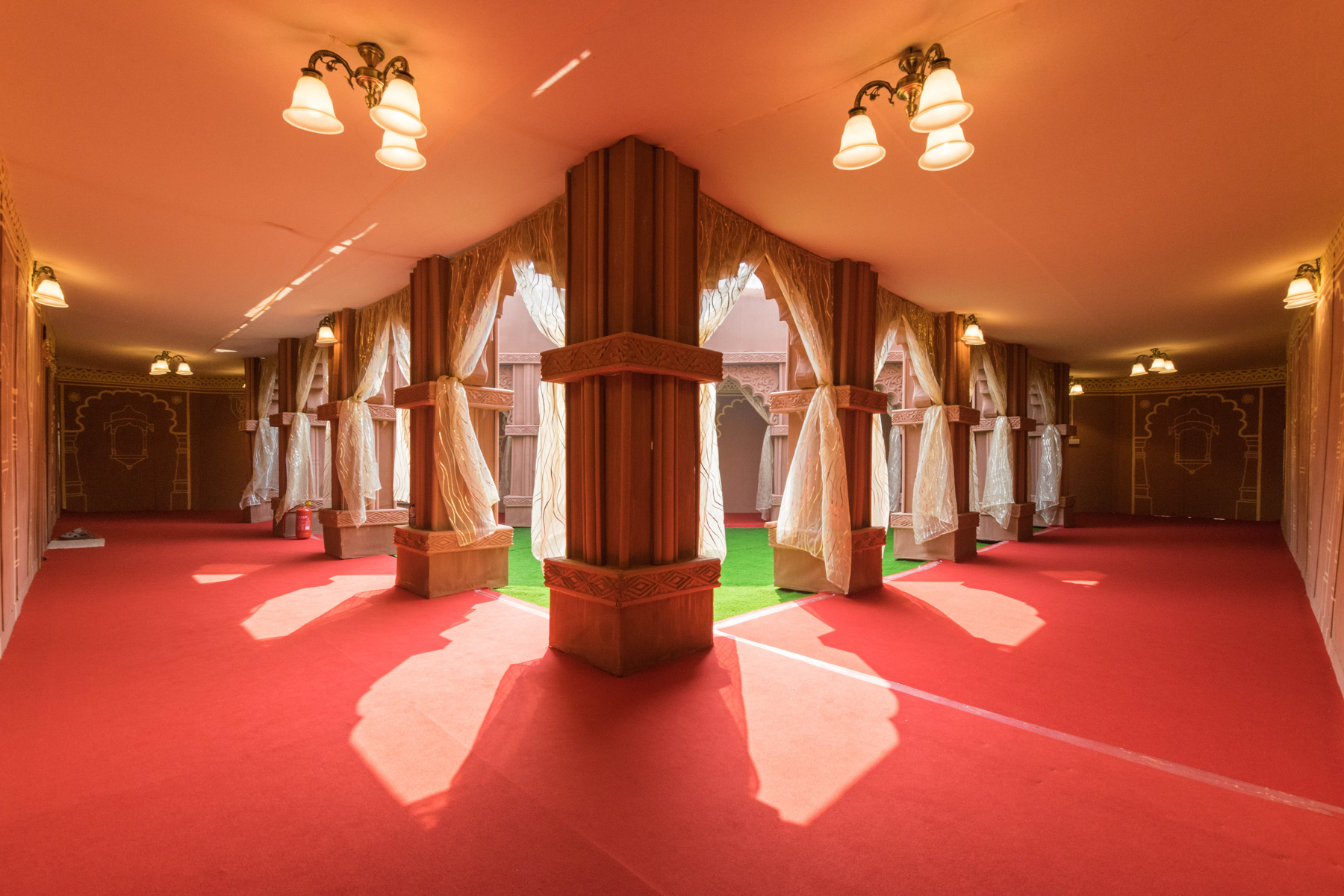 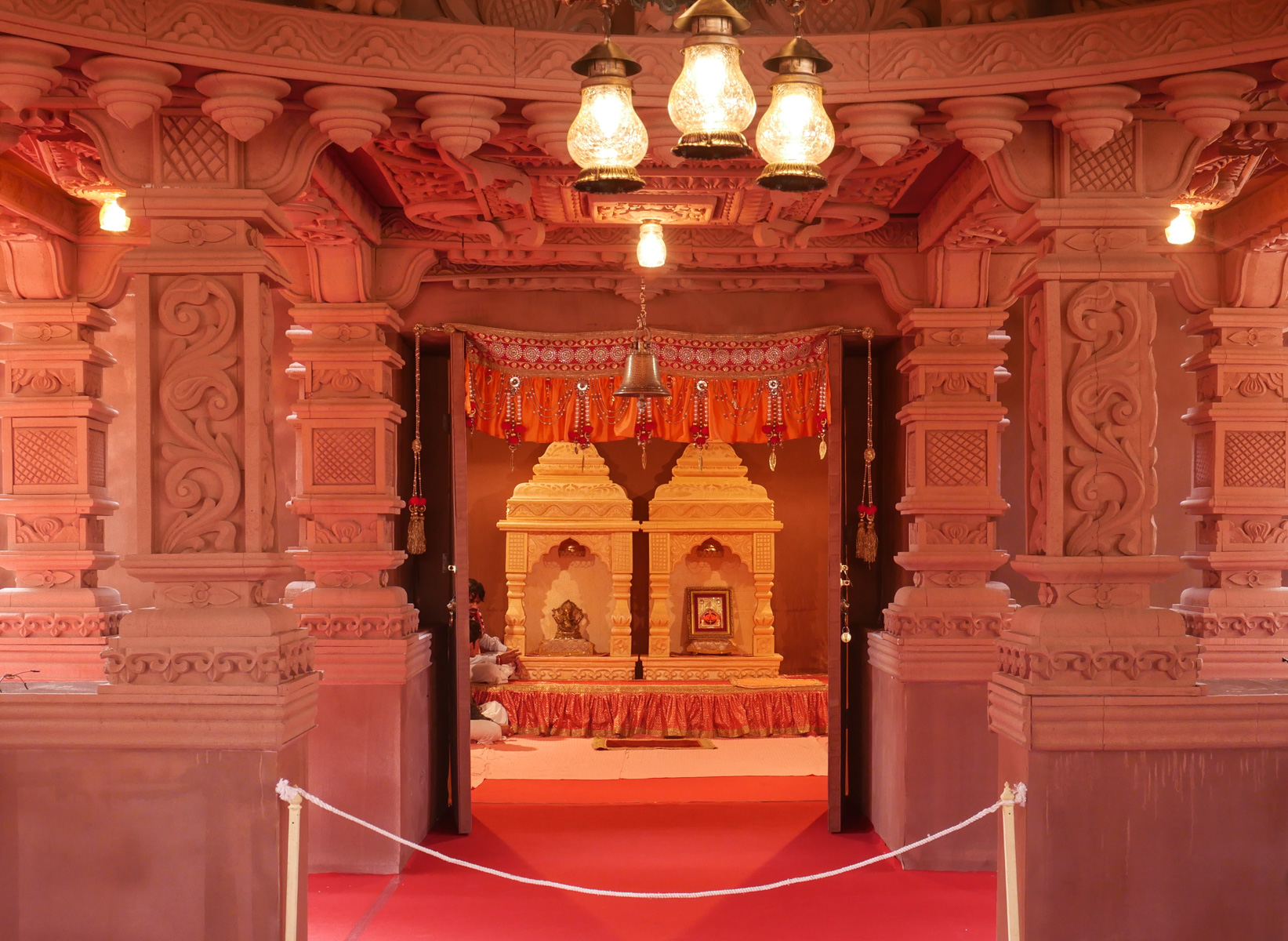 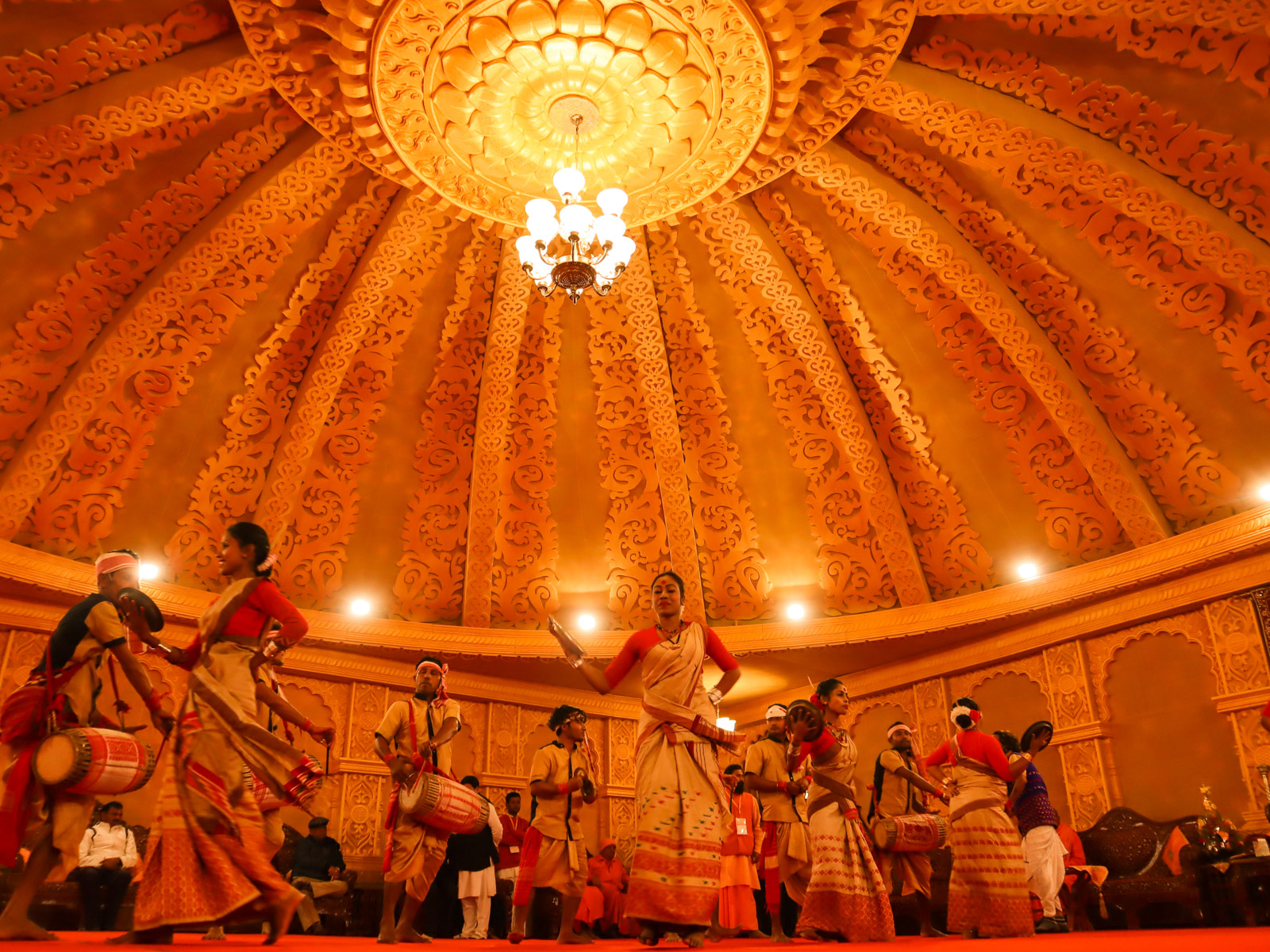 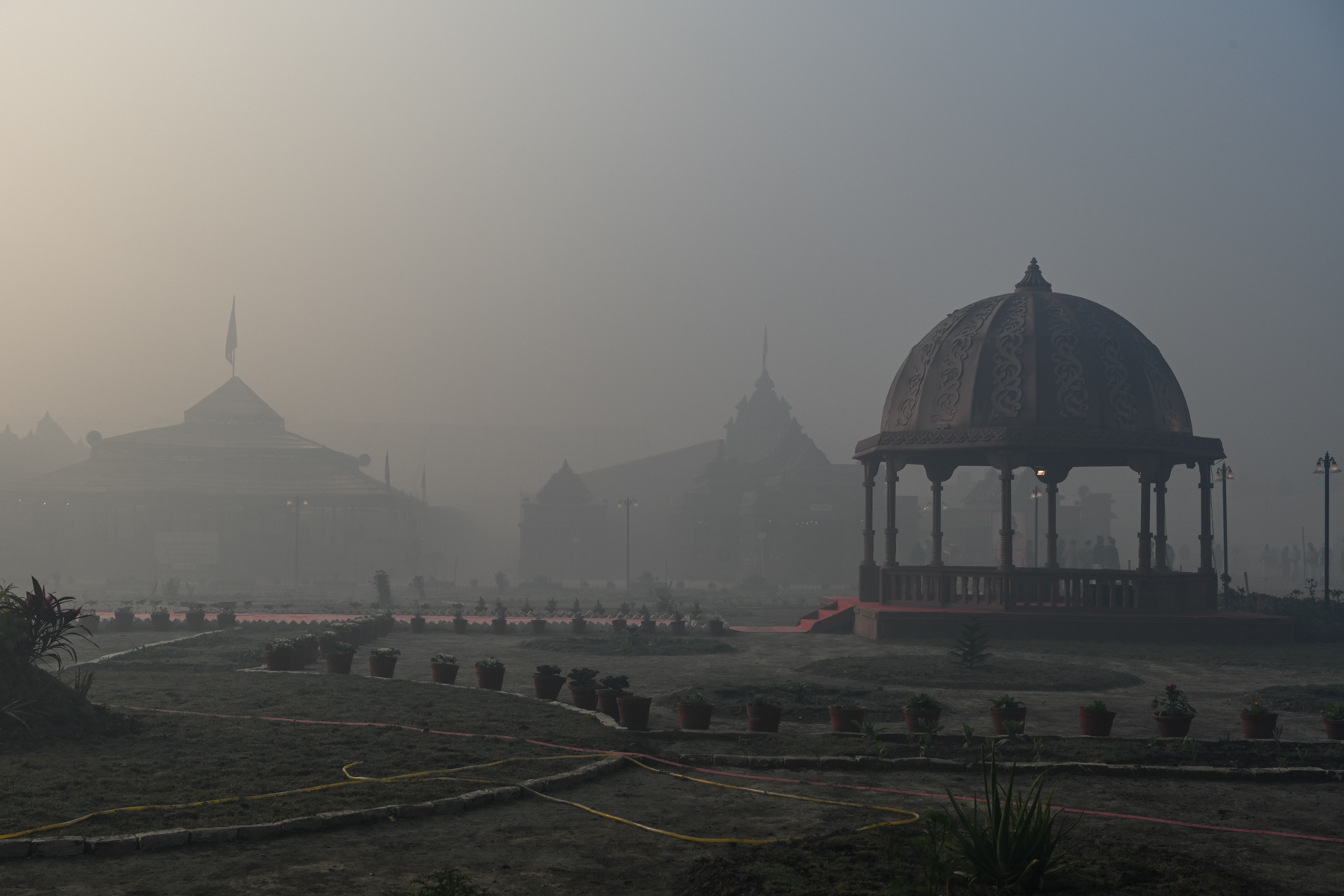 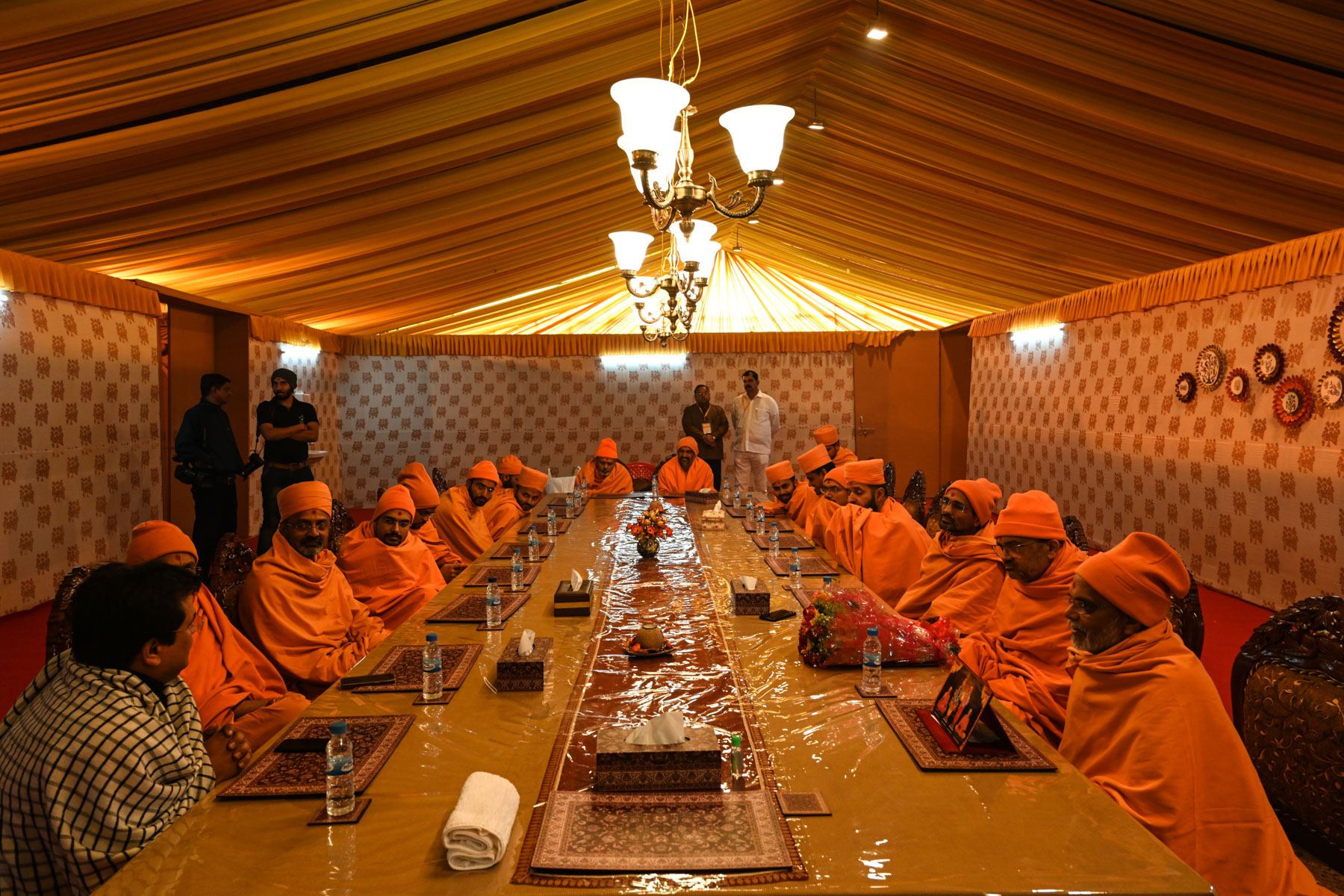 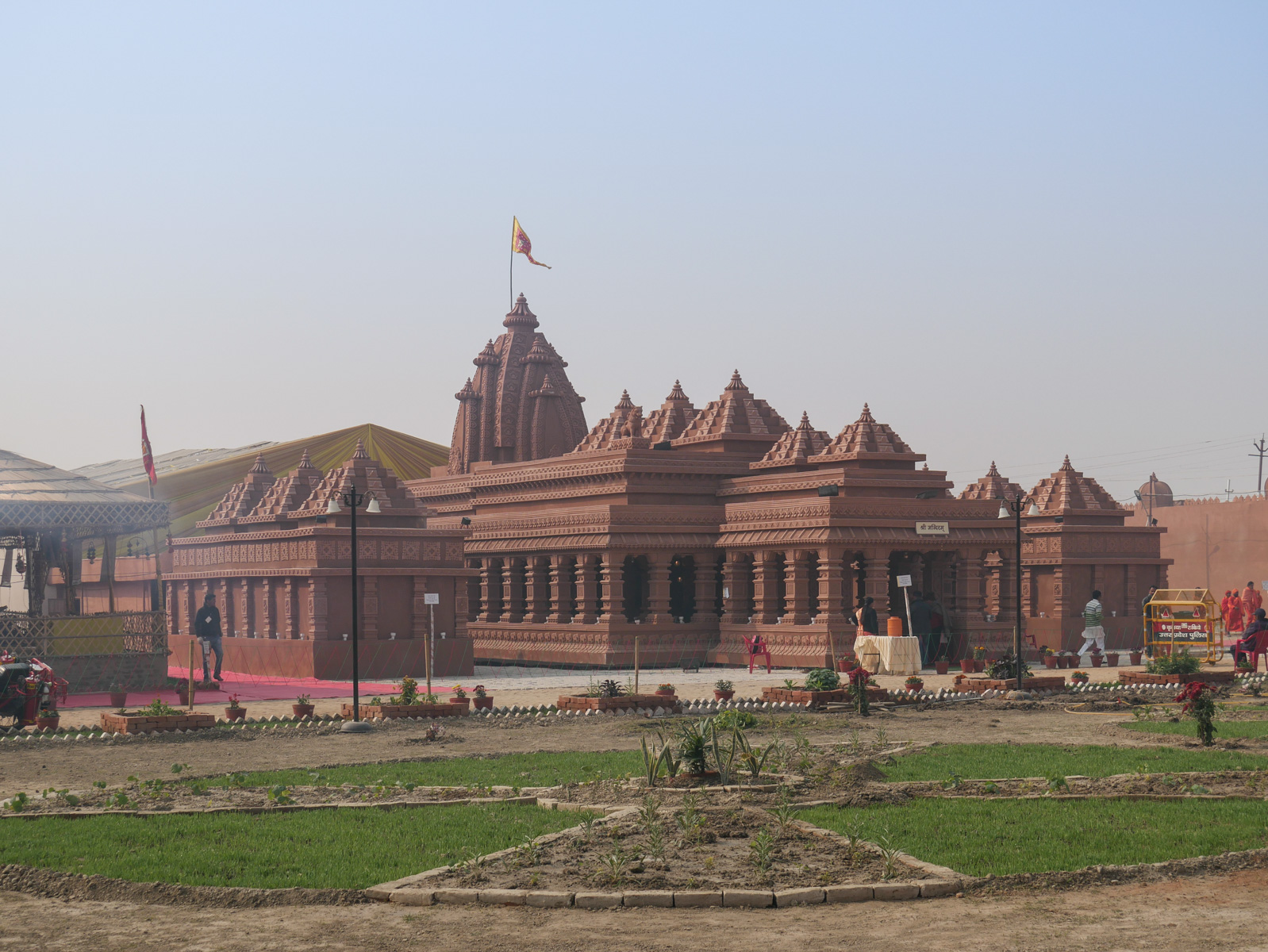 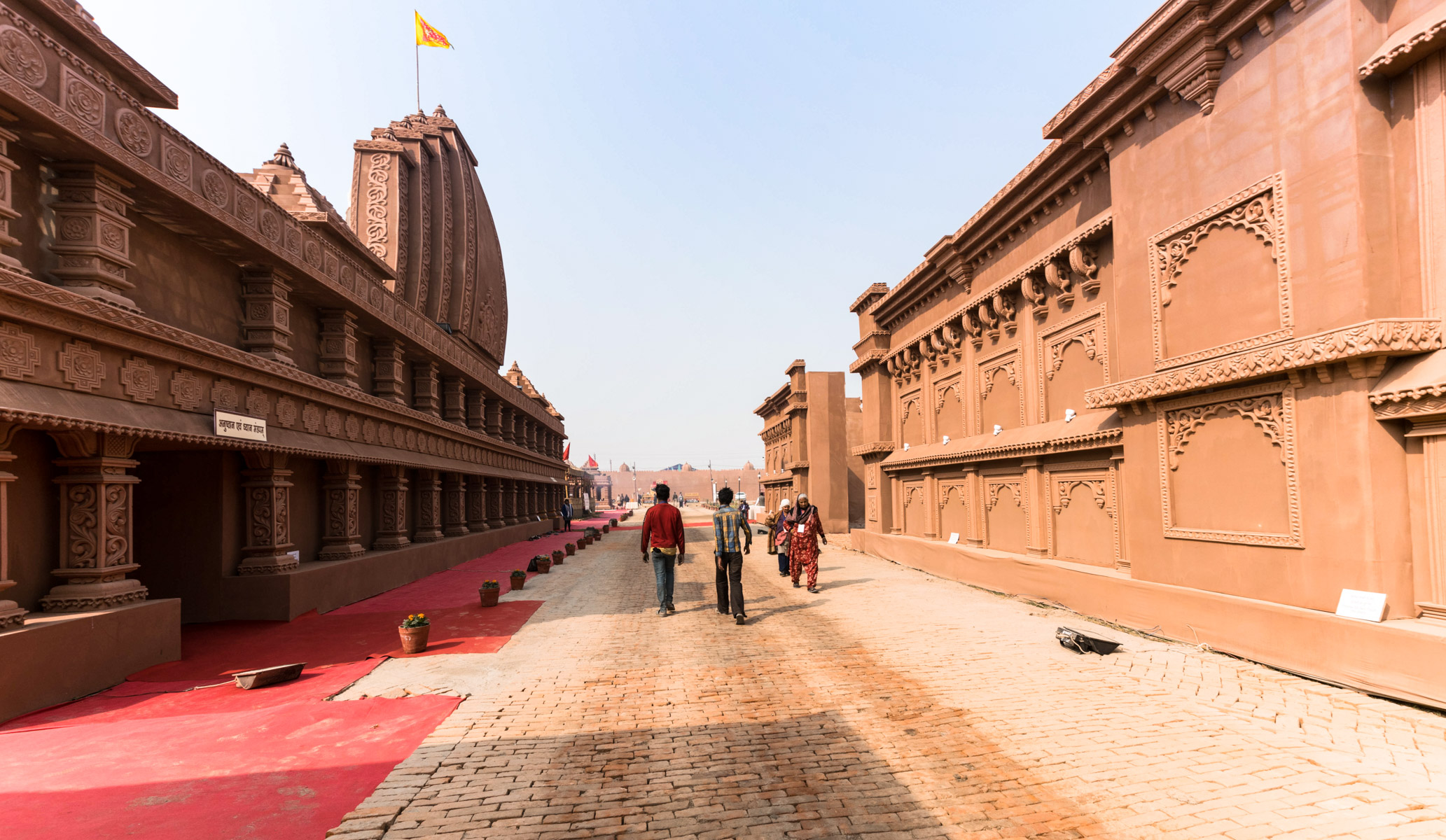 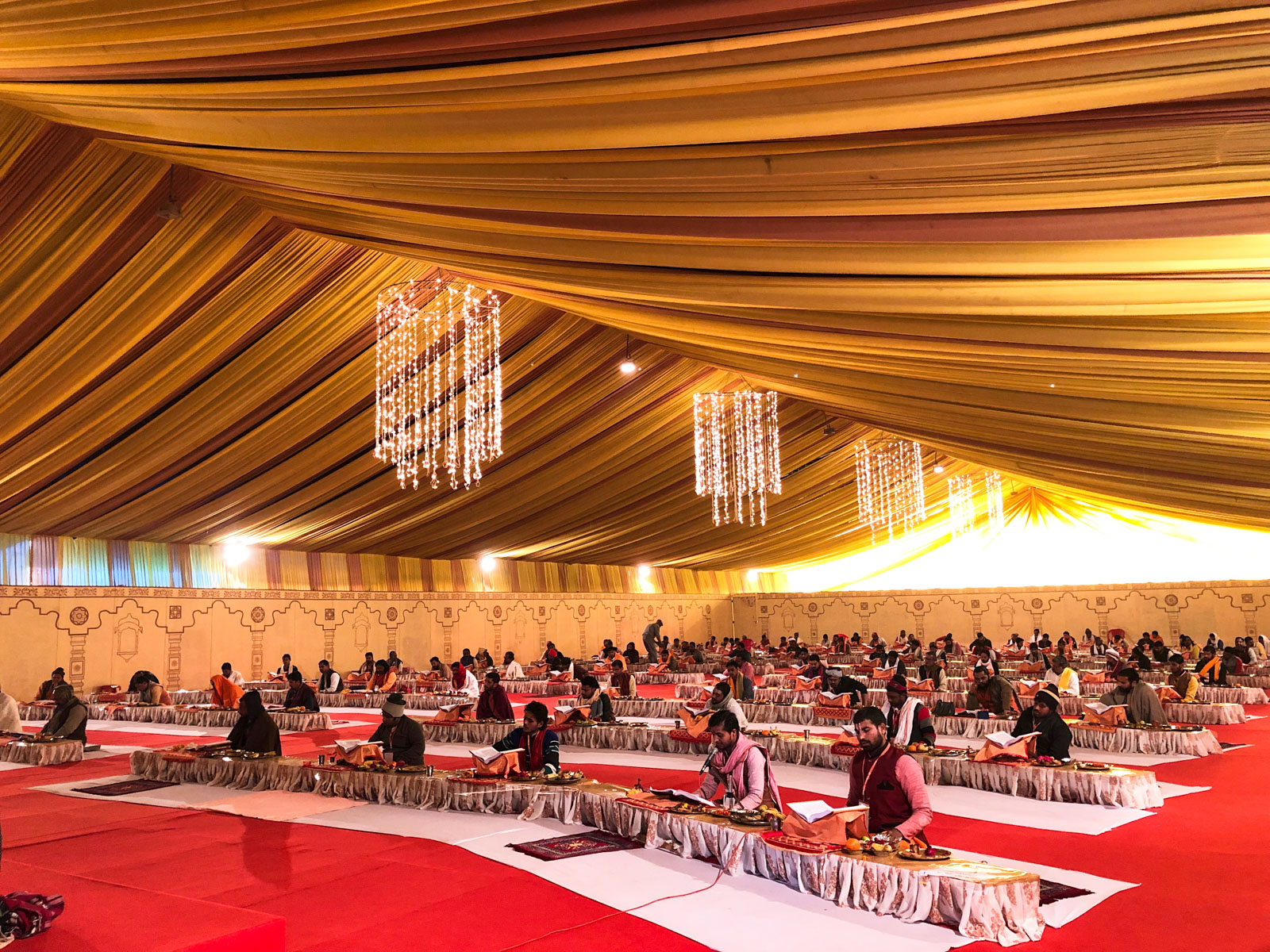 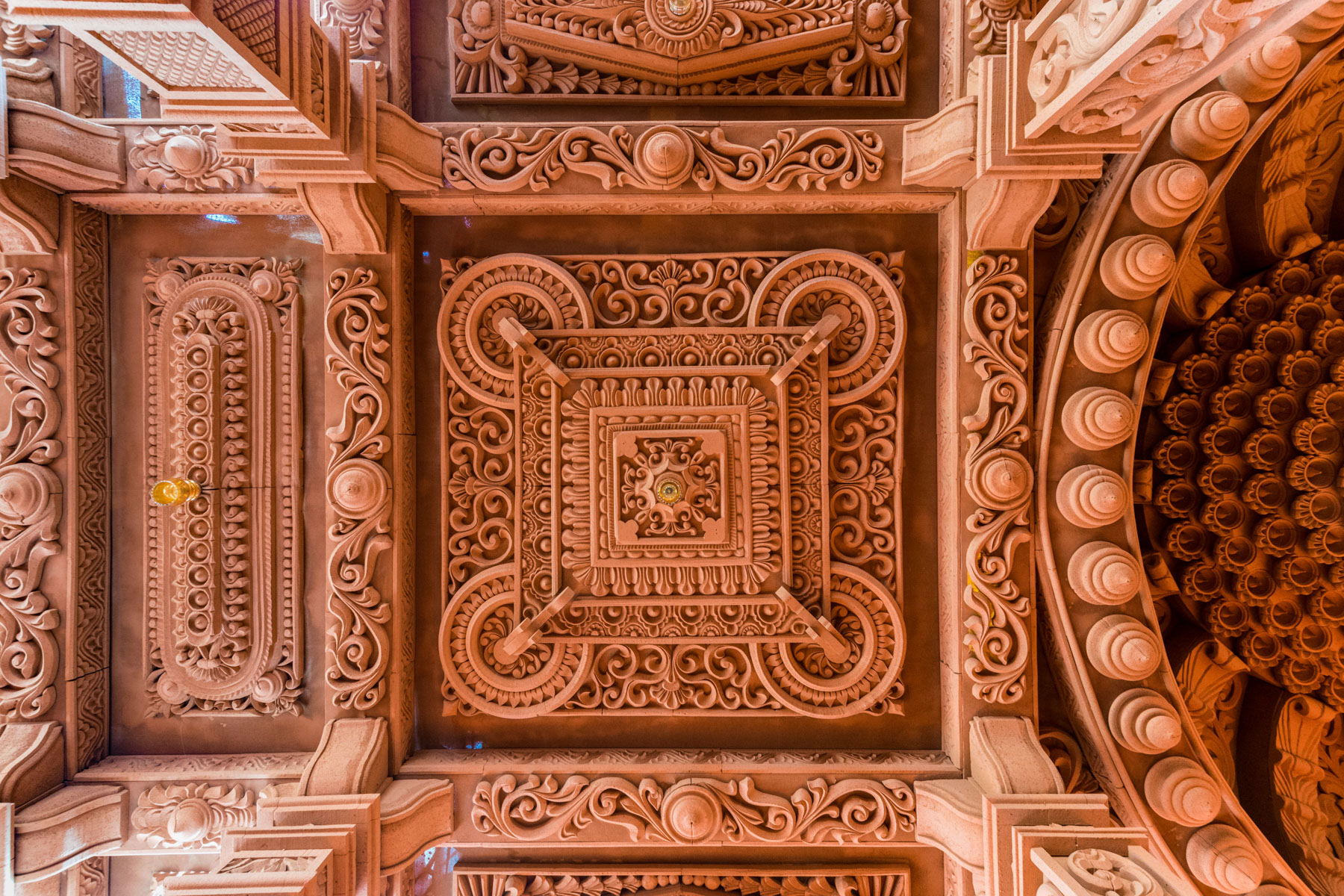 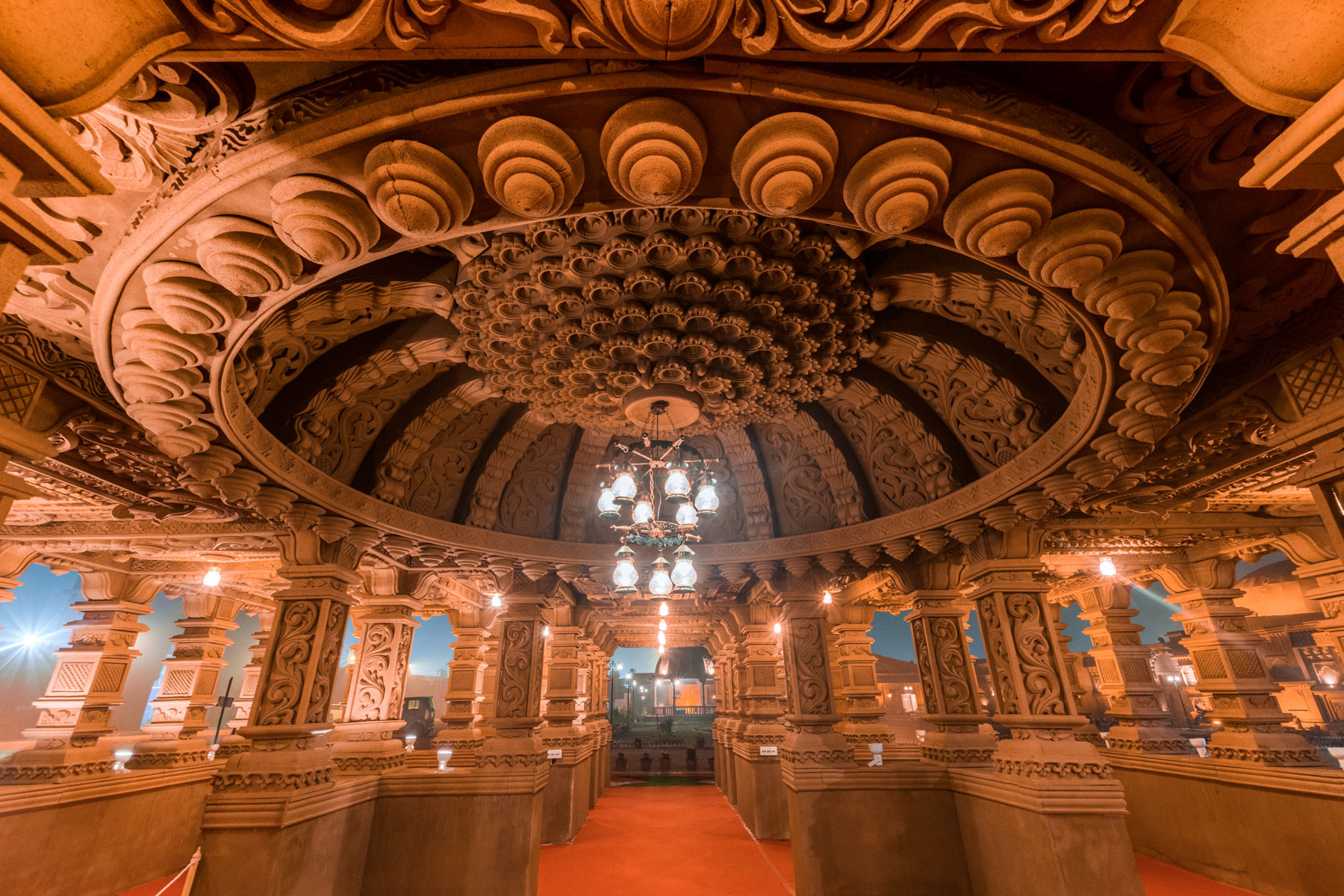