Kandoi Bhogilal Mulchand Sweet Shop is the primary retail outlet of a 174 years old traditional sweets and savouries manufacturer, based in Ahmedabad. The project involved the renovation of their pre-existing building’s facade and interior.

Inspired from the texture of Indian sweets which is created by the multiplication of a single unit ingredient, bricks became the ‘ingredient’ here. The developed form softens all edges of the building creating a playful facade, resulting in a red textured layer, enabling it to stand out amongst an otherwise white and grey neighbourhood. The walls on ground extend beyond the building like a fort wall, hosting an archway, further relating to the sense of entry typical to the old city.

The shop’s interior is envisaged as a ‘gallery’ for sweets, intending to act as a neutral backdrop to an inventory so vibrant and colourful, effectively disappearing in the visual plane, allowing the products to stand out. 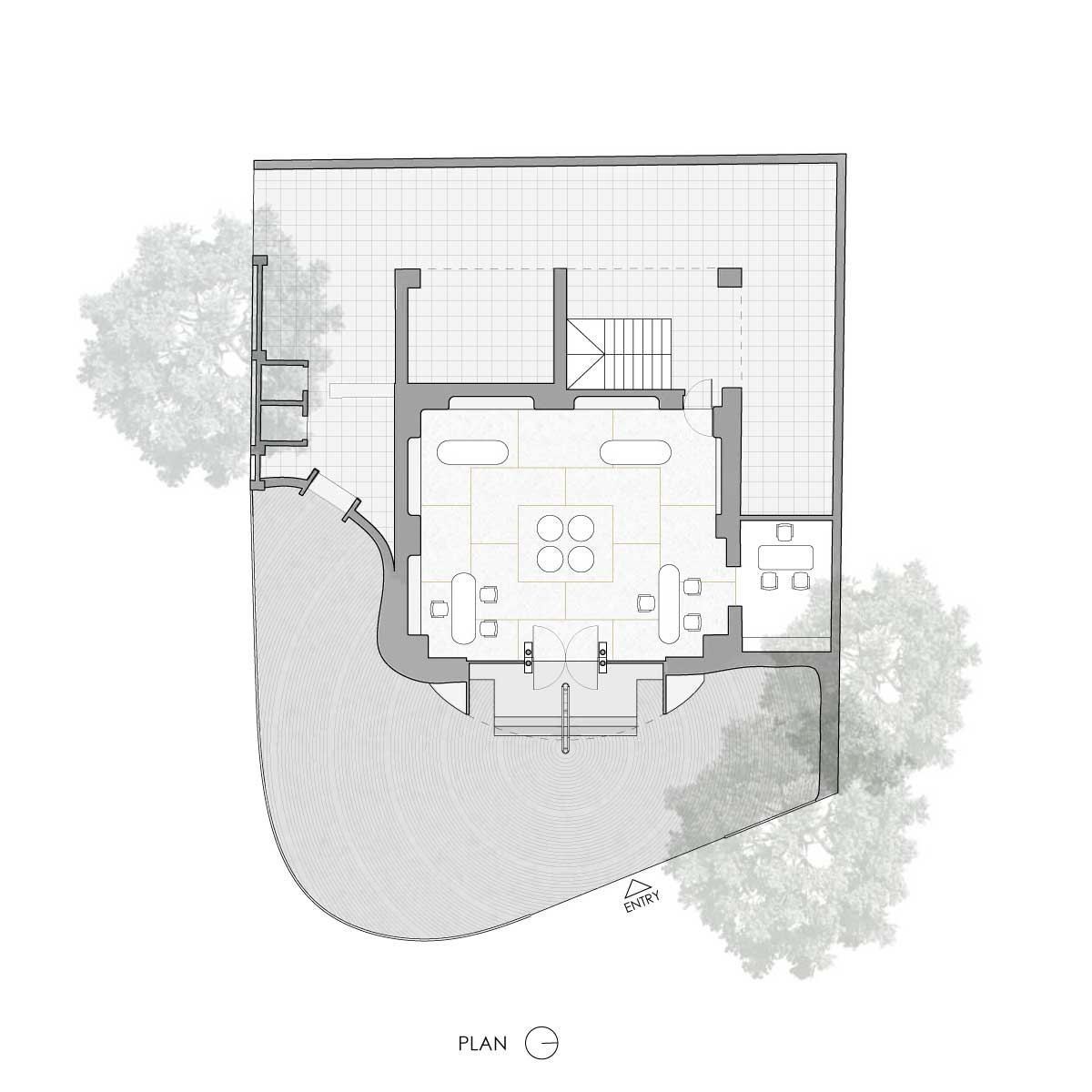 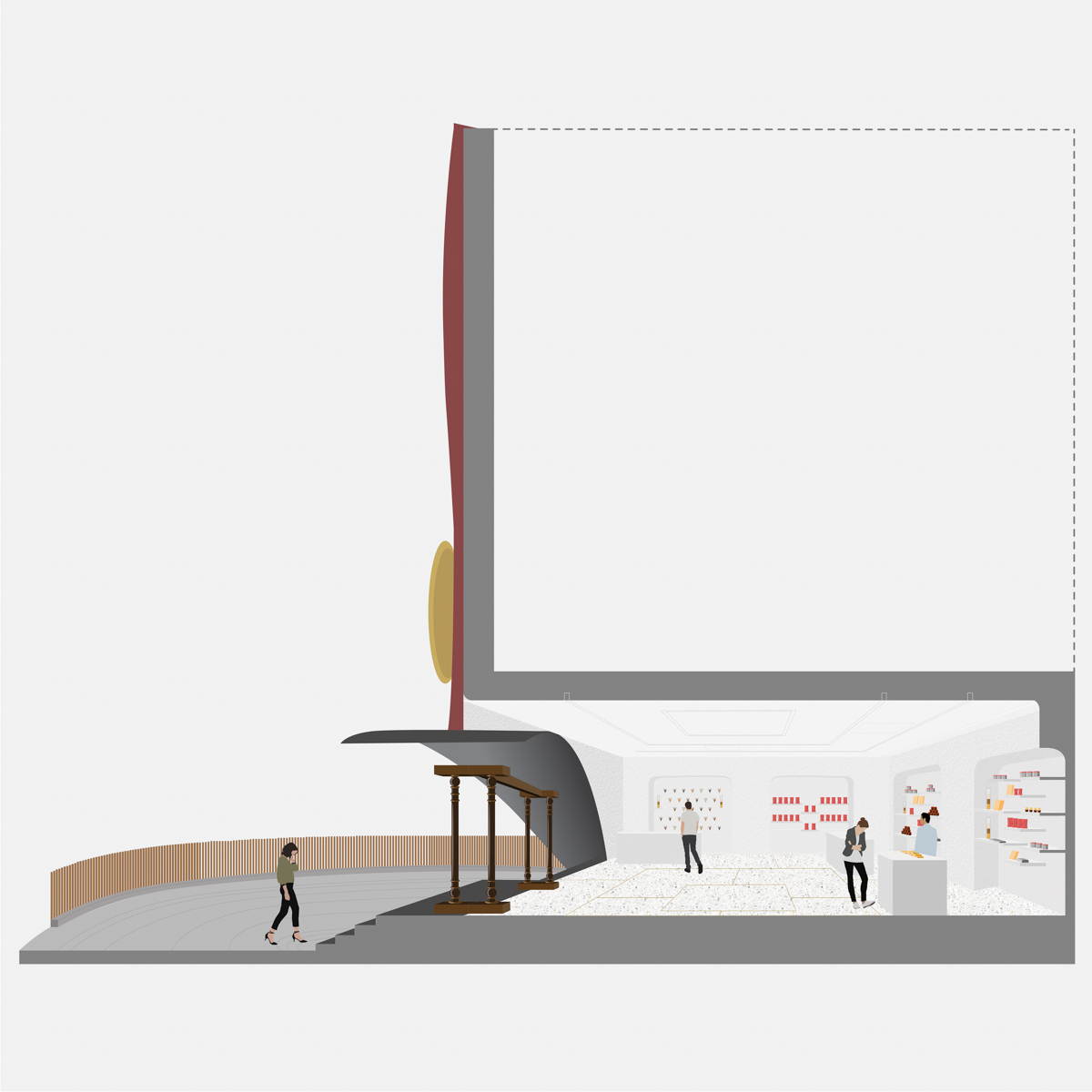 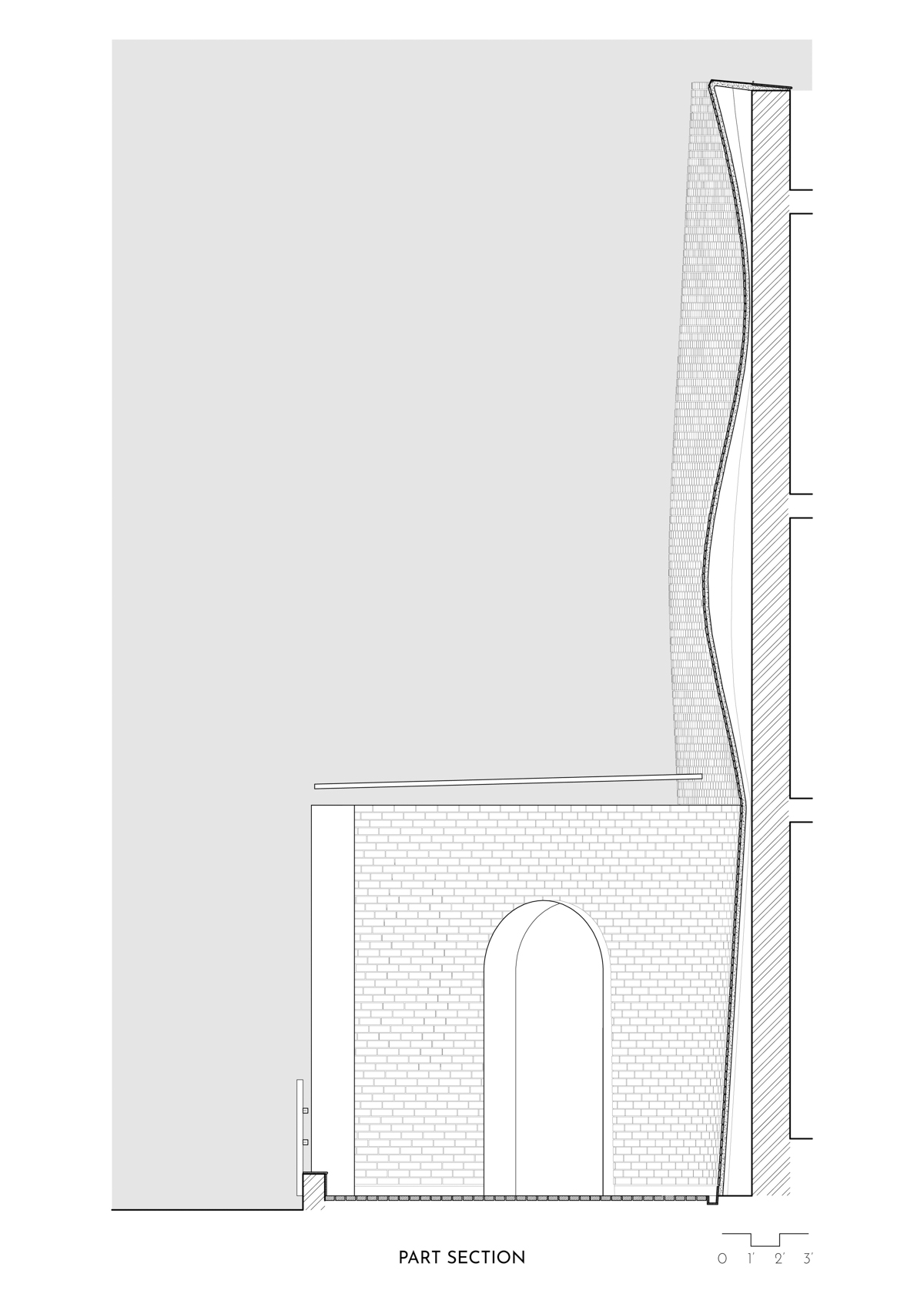 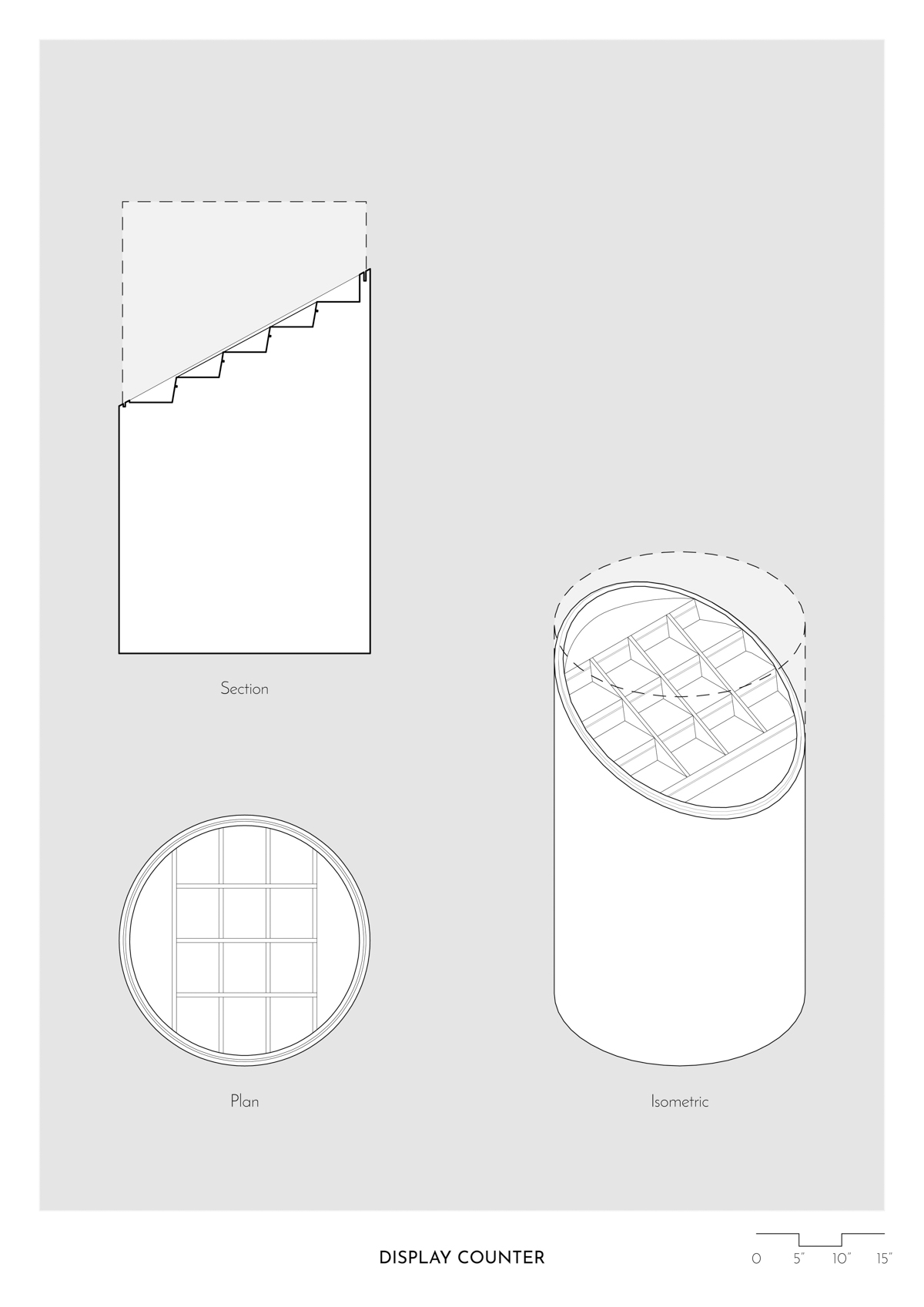 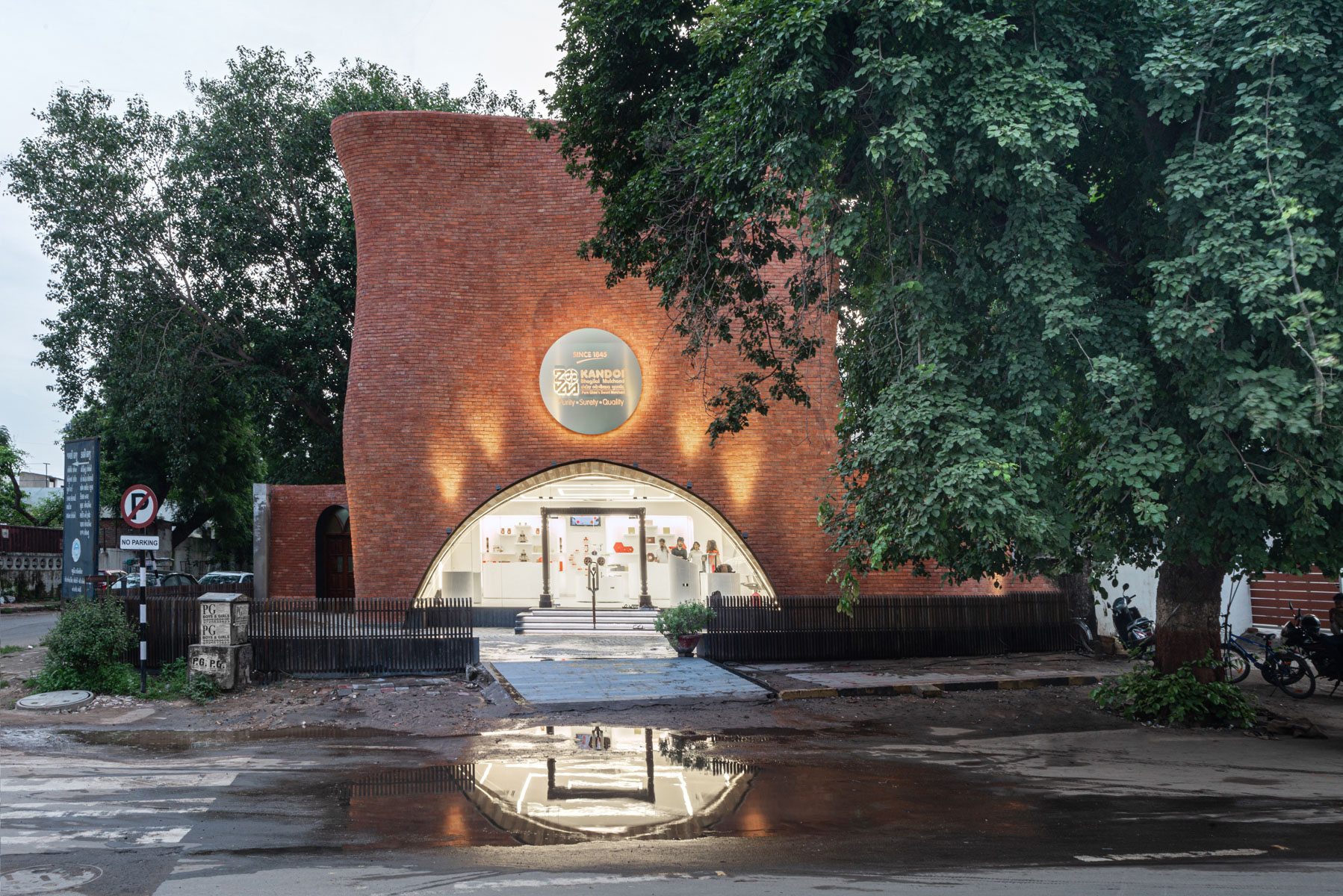 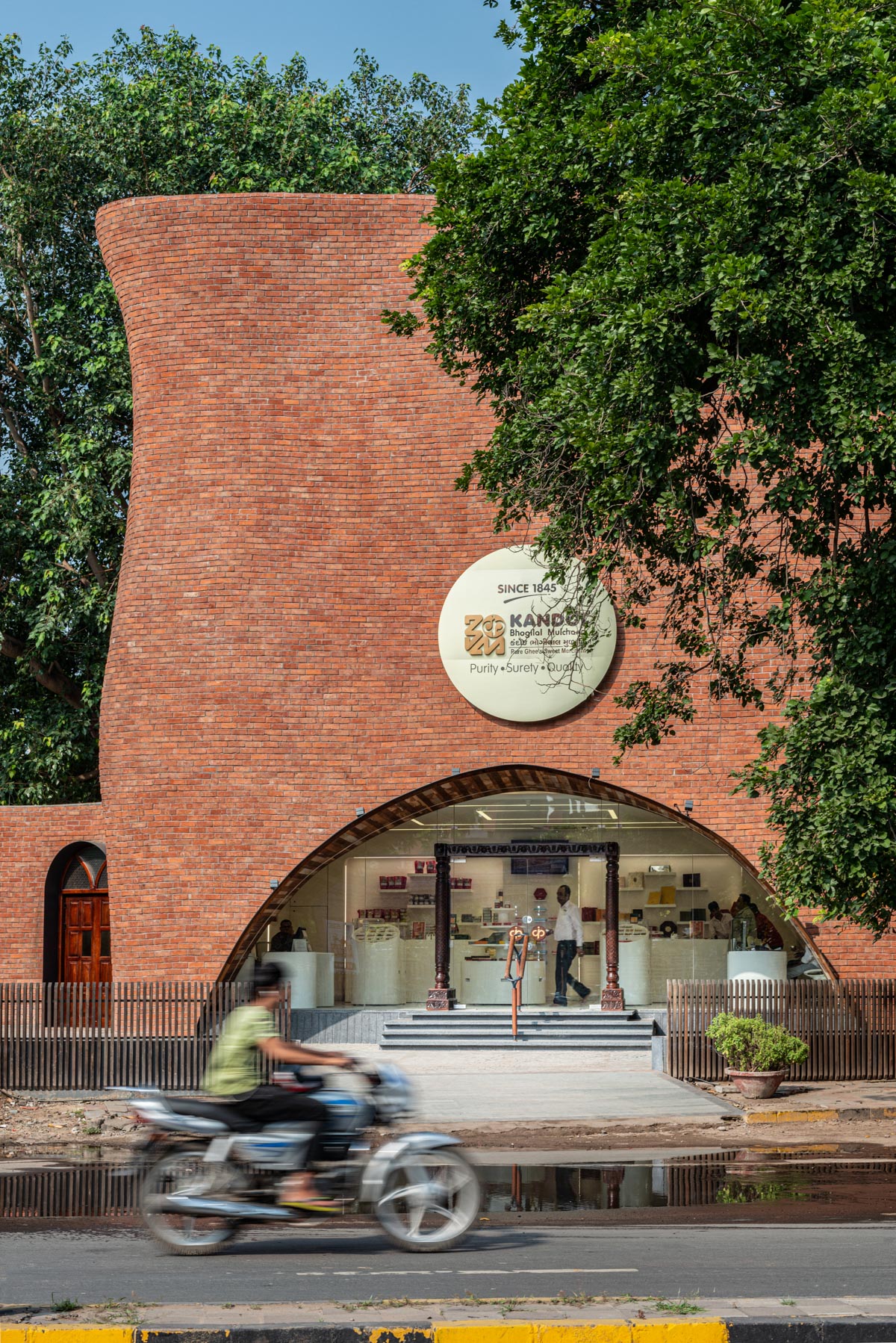 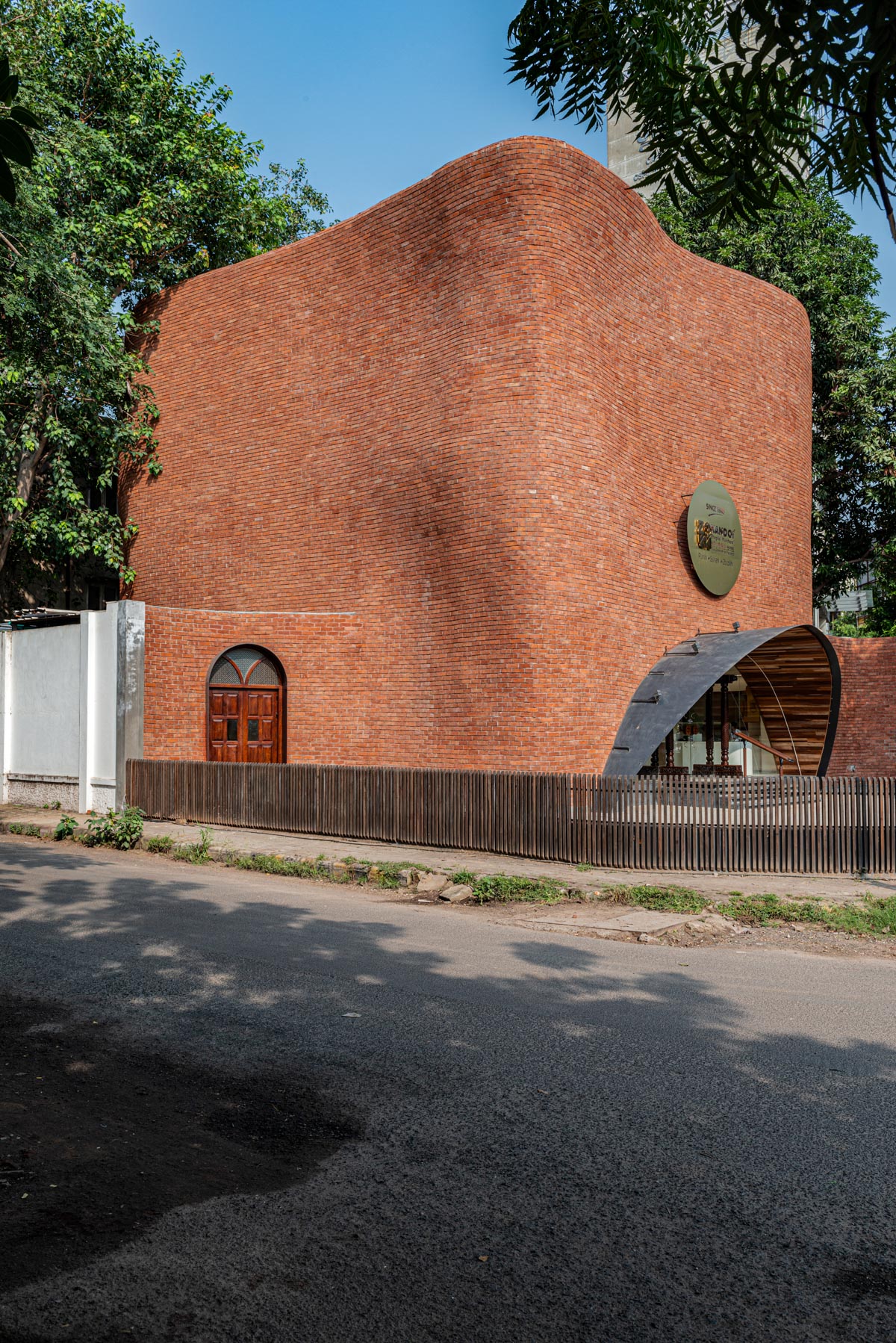 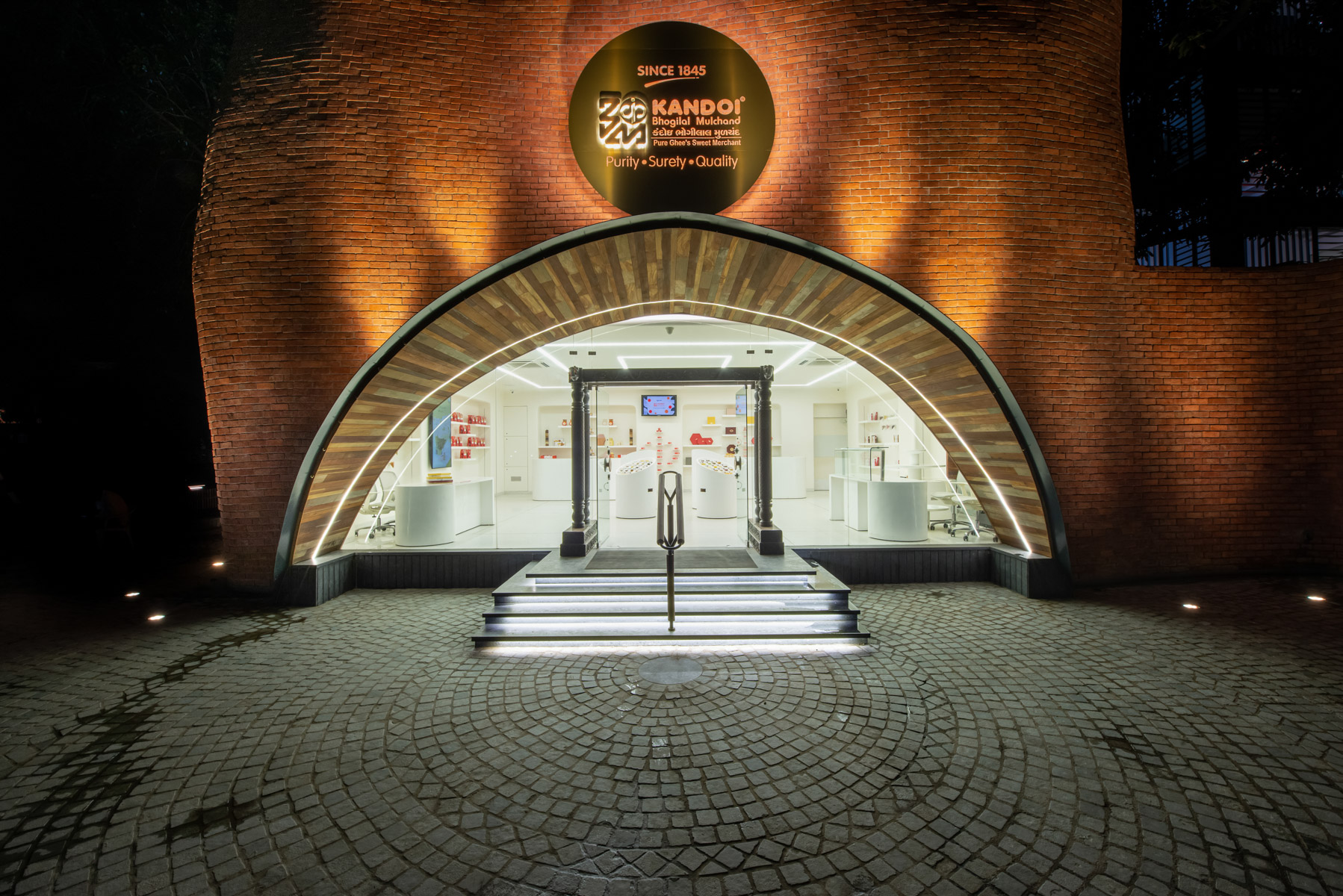 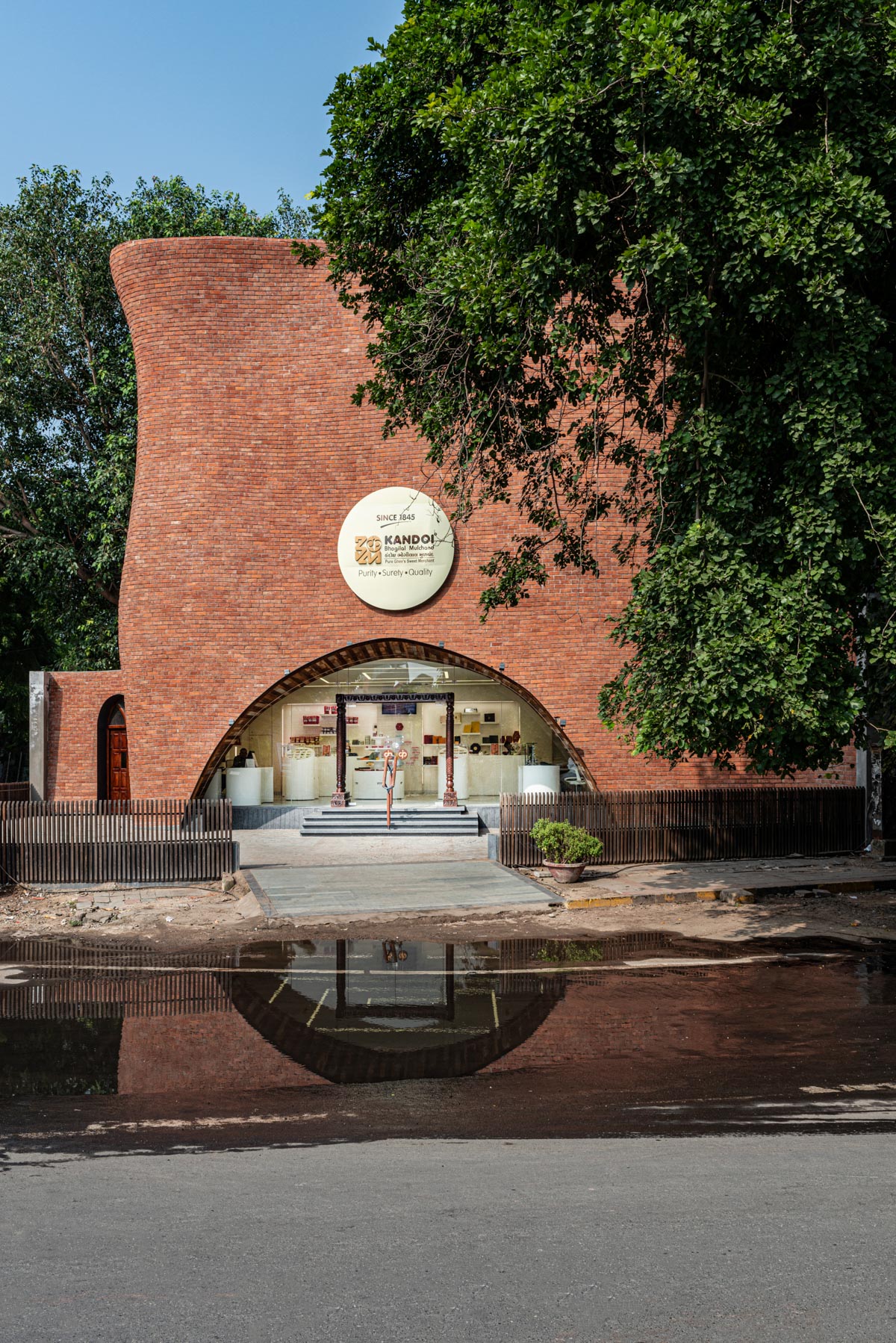 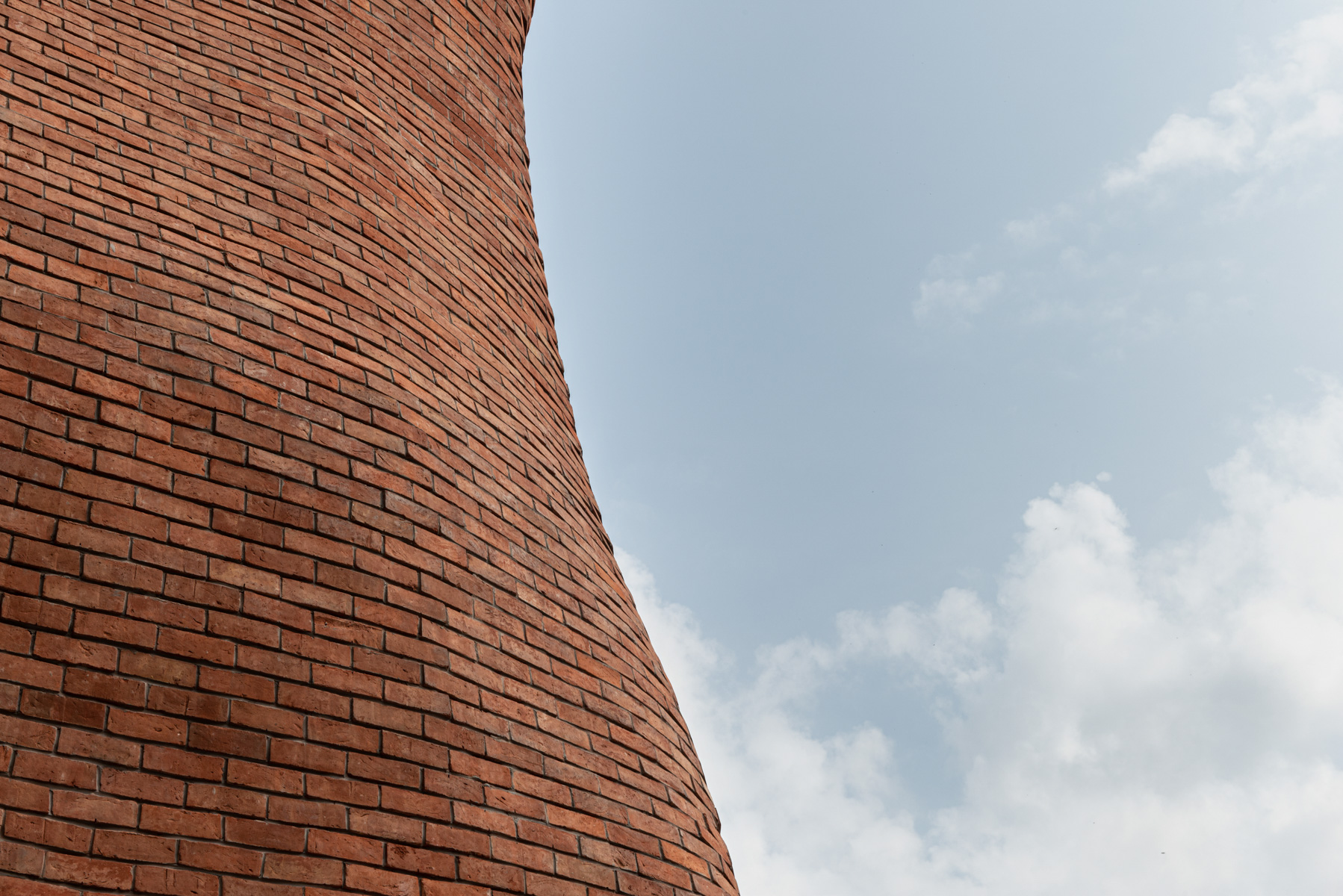 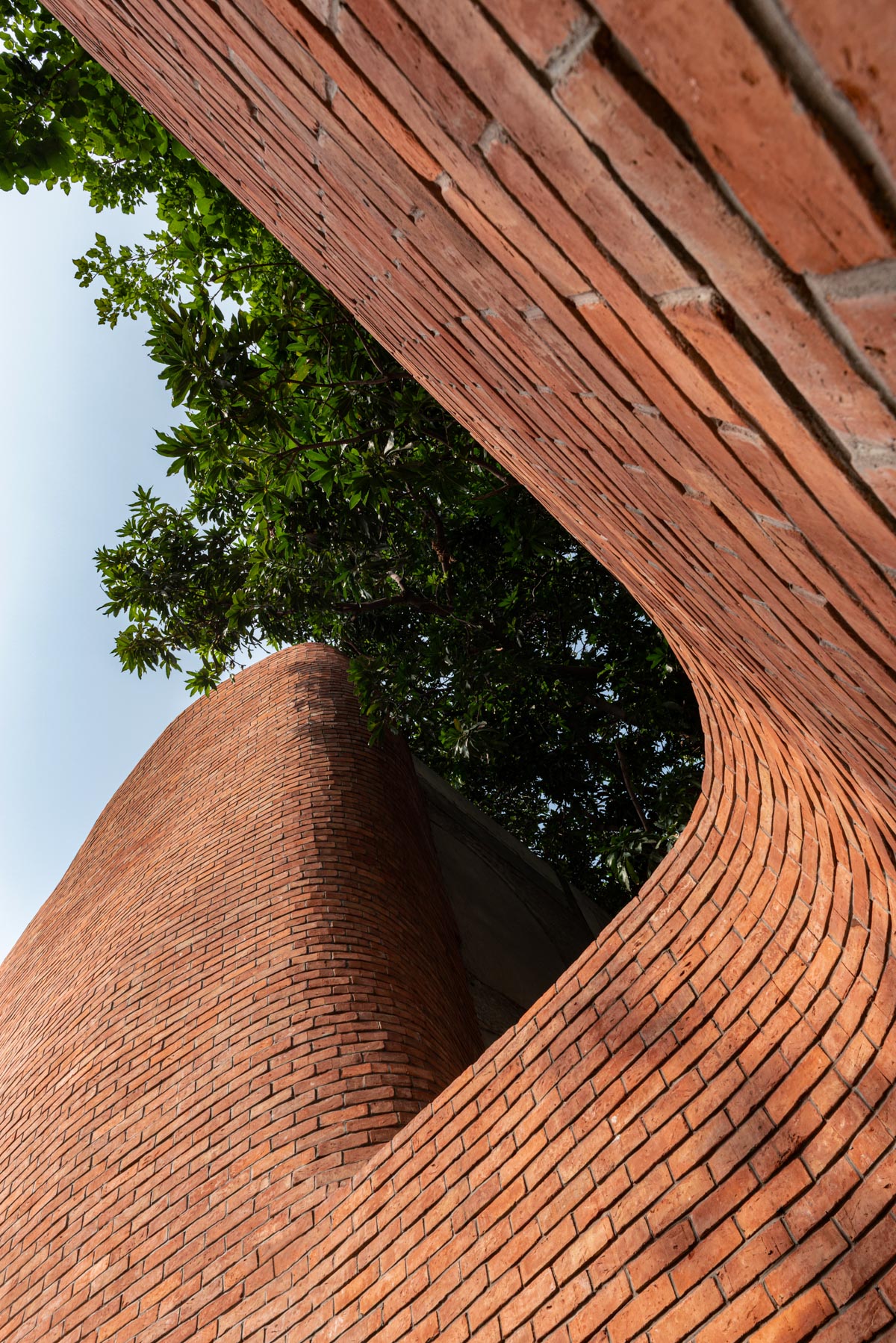 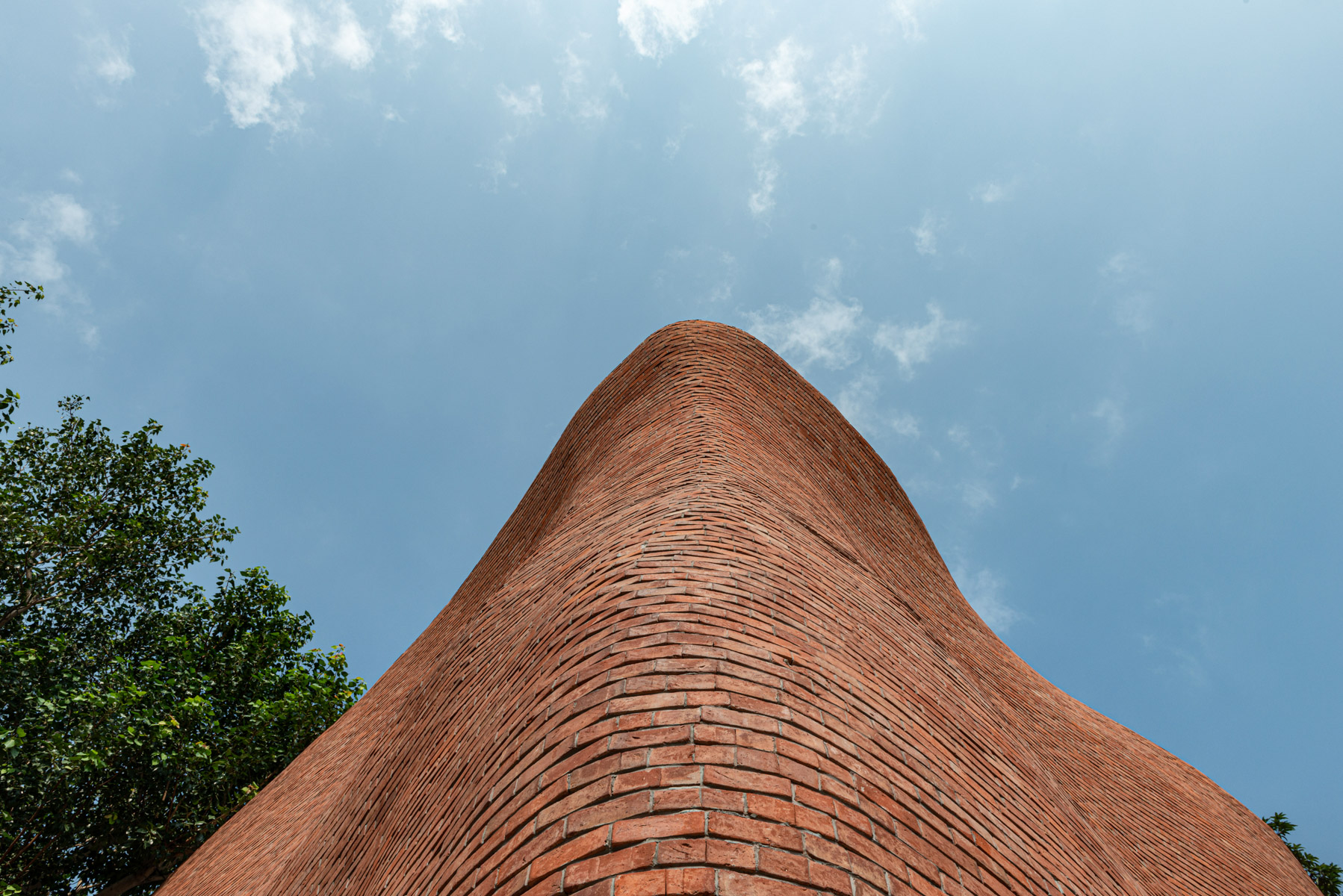 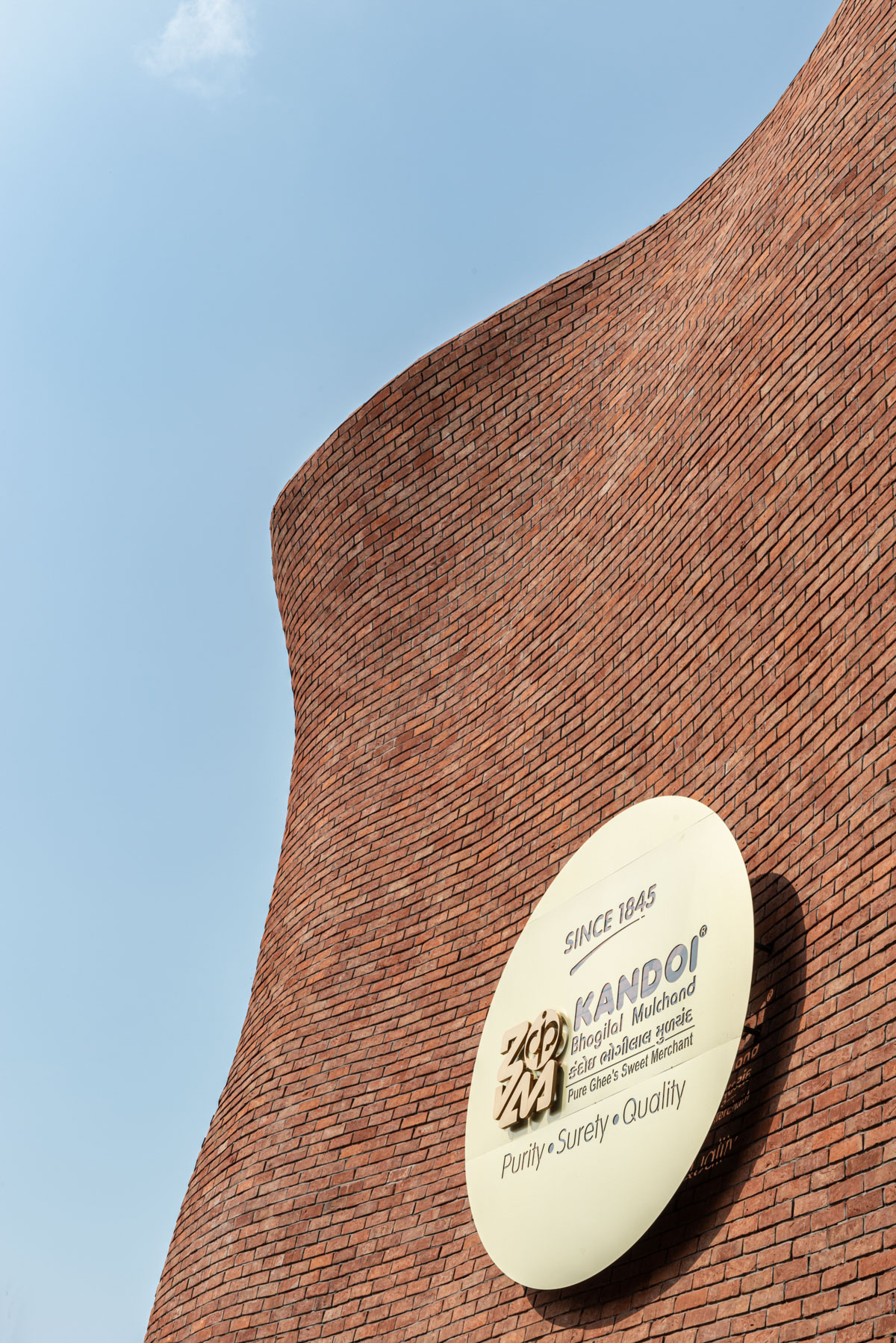 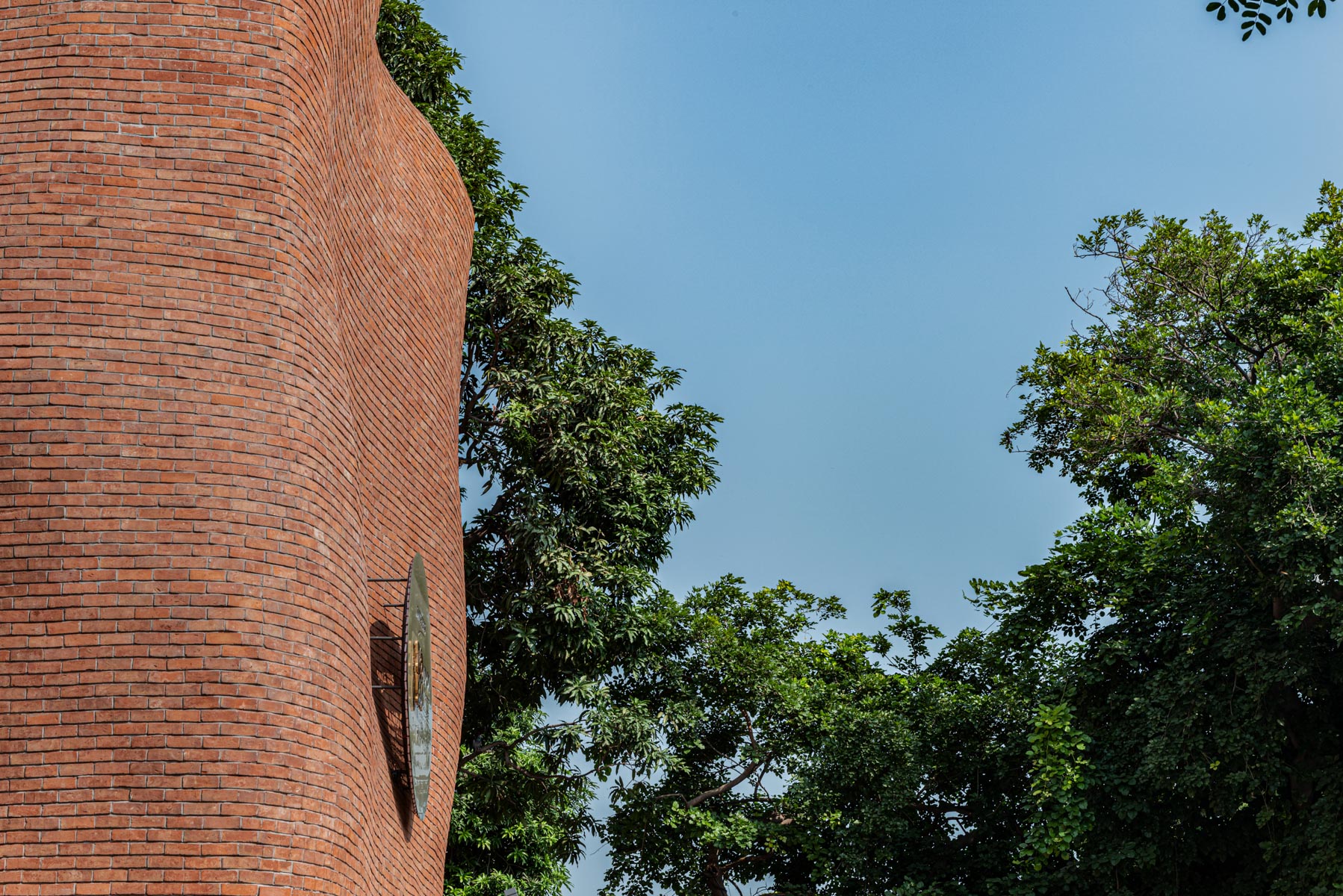 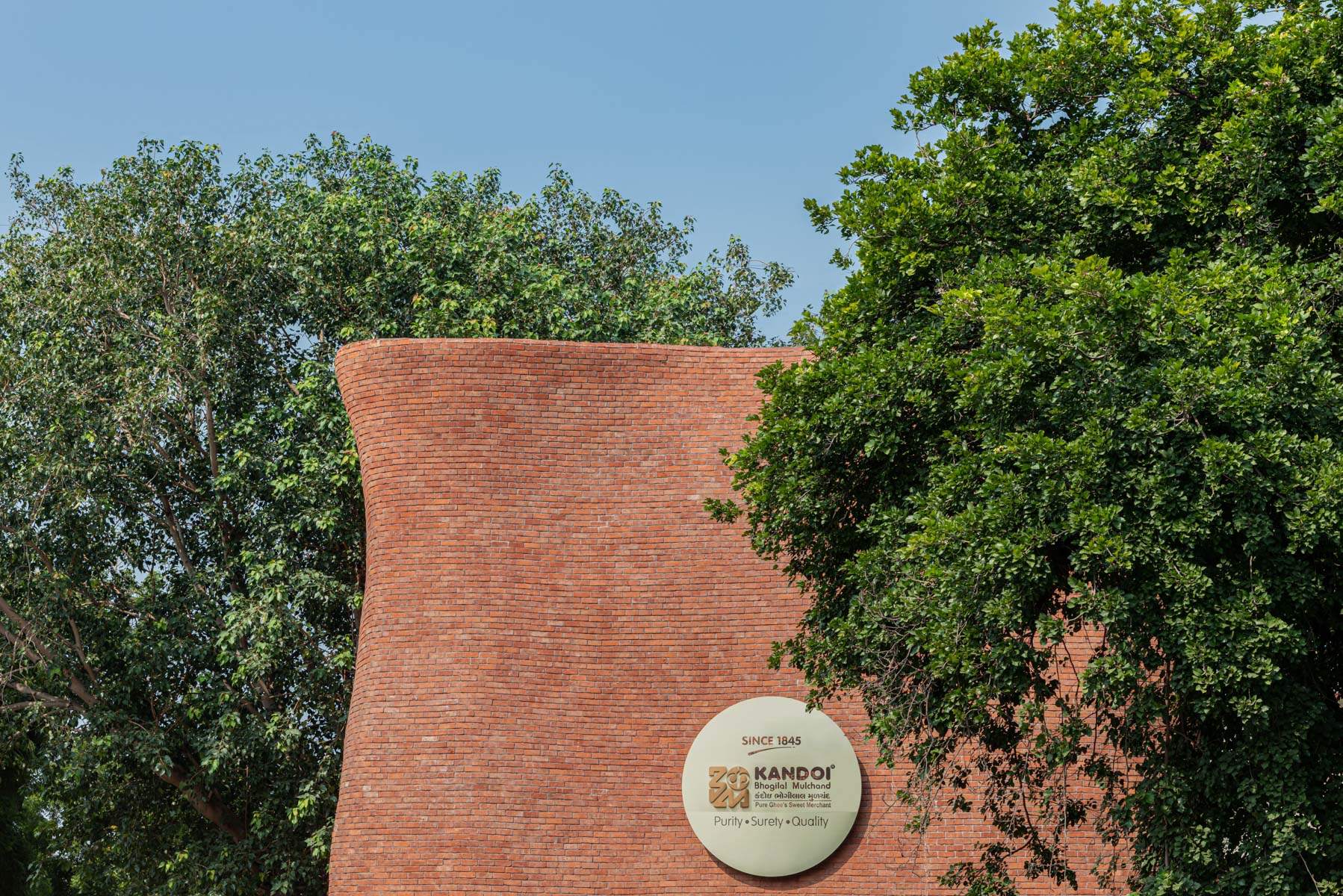 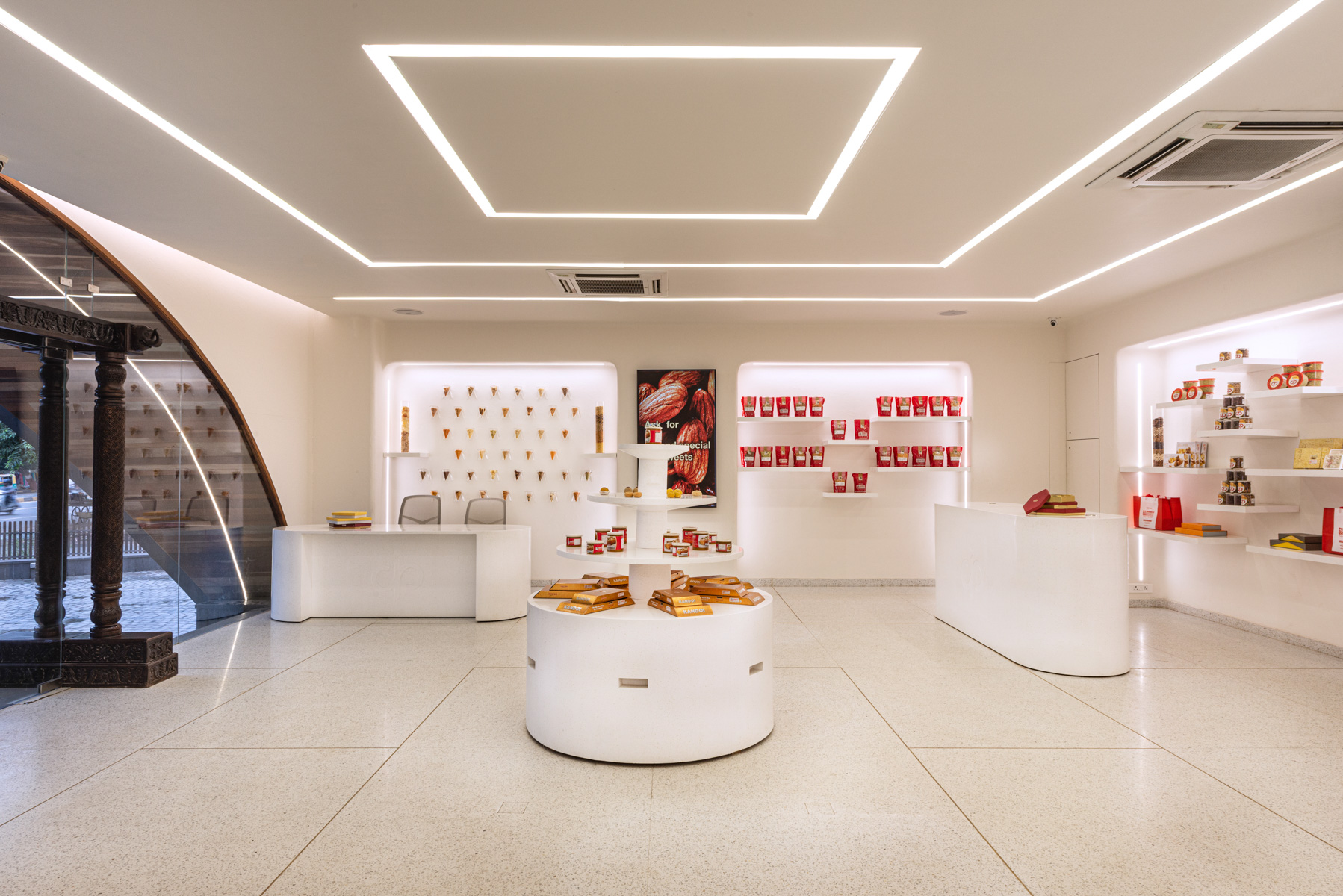 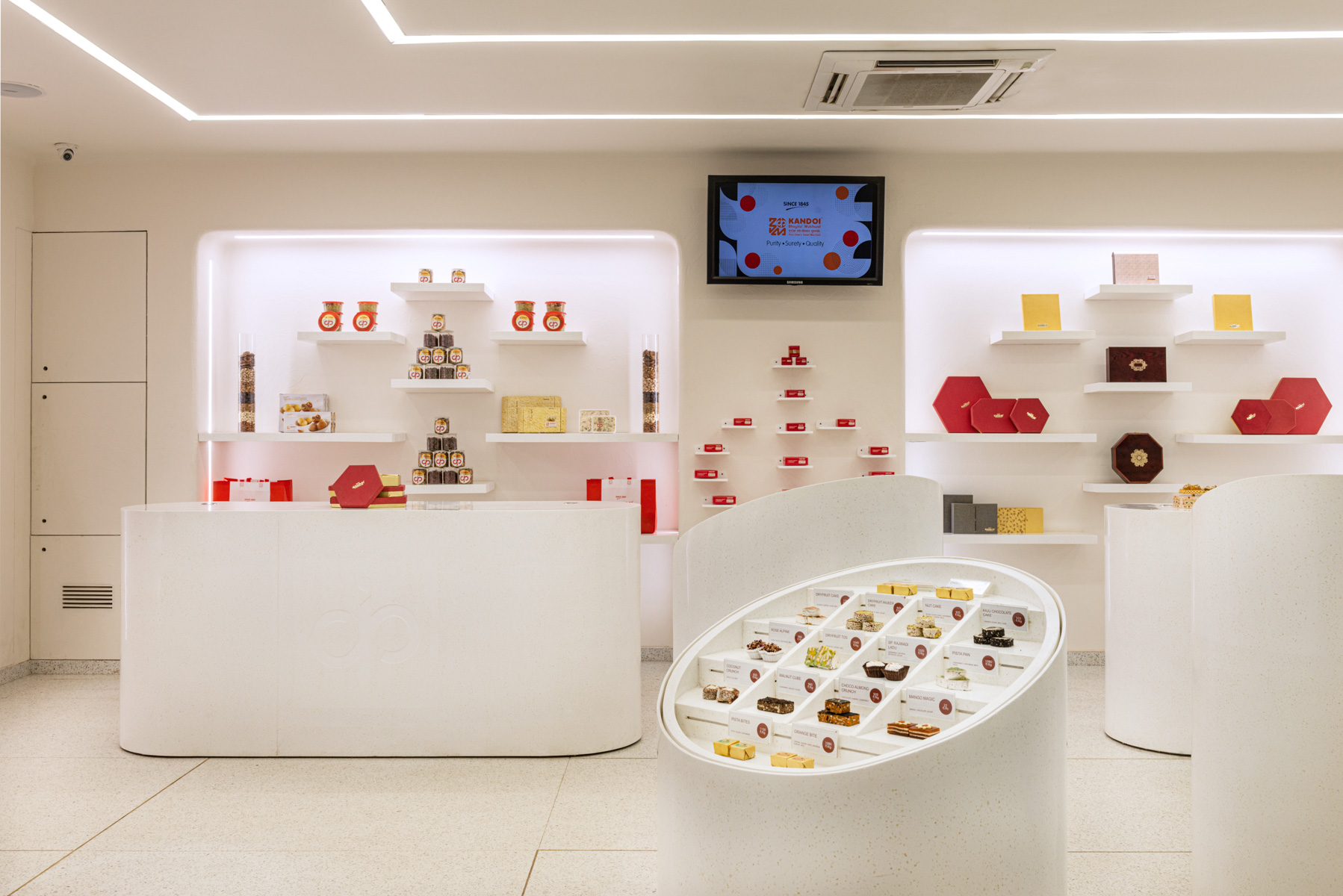 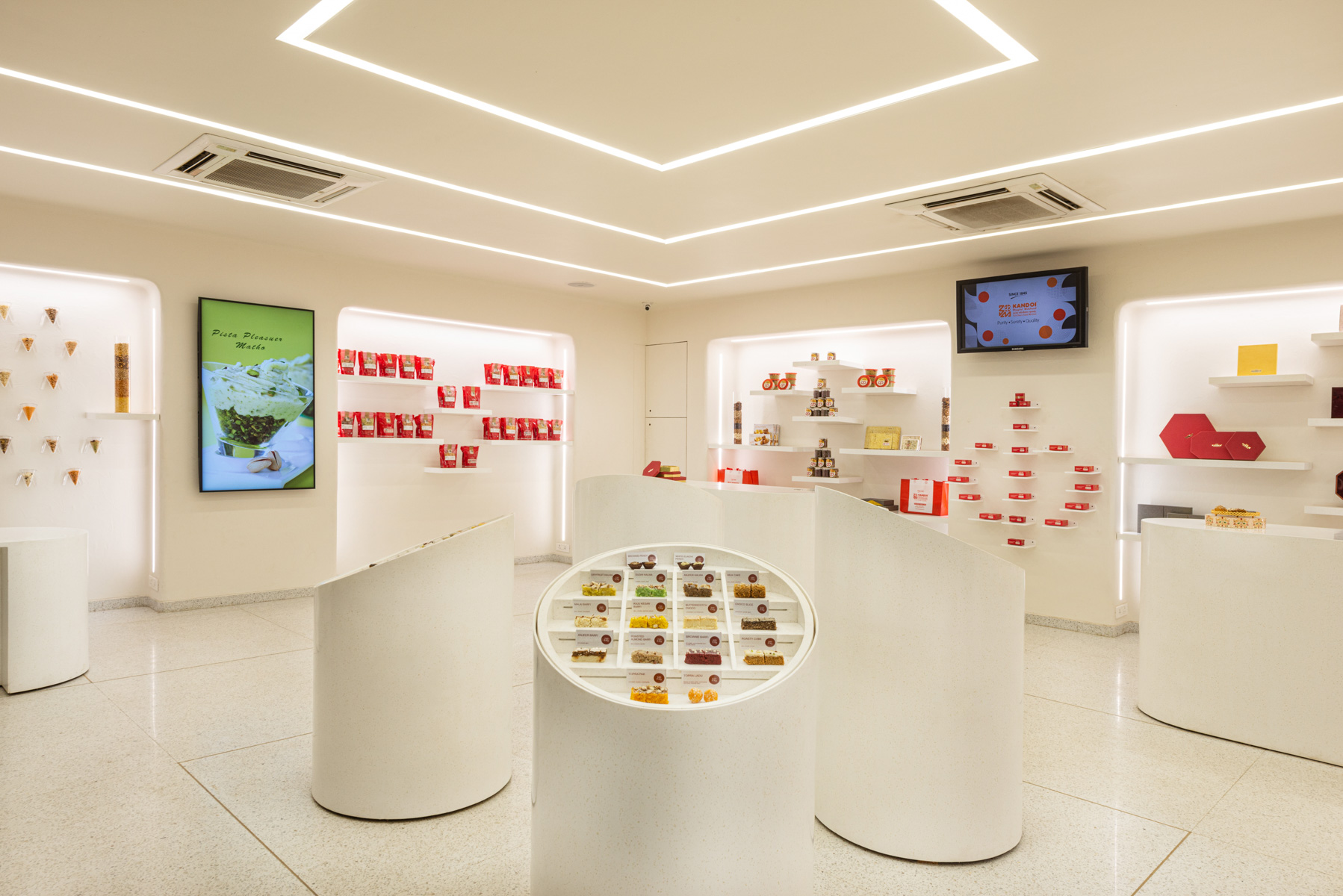 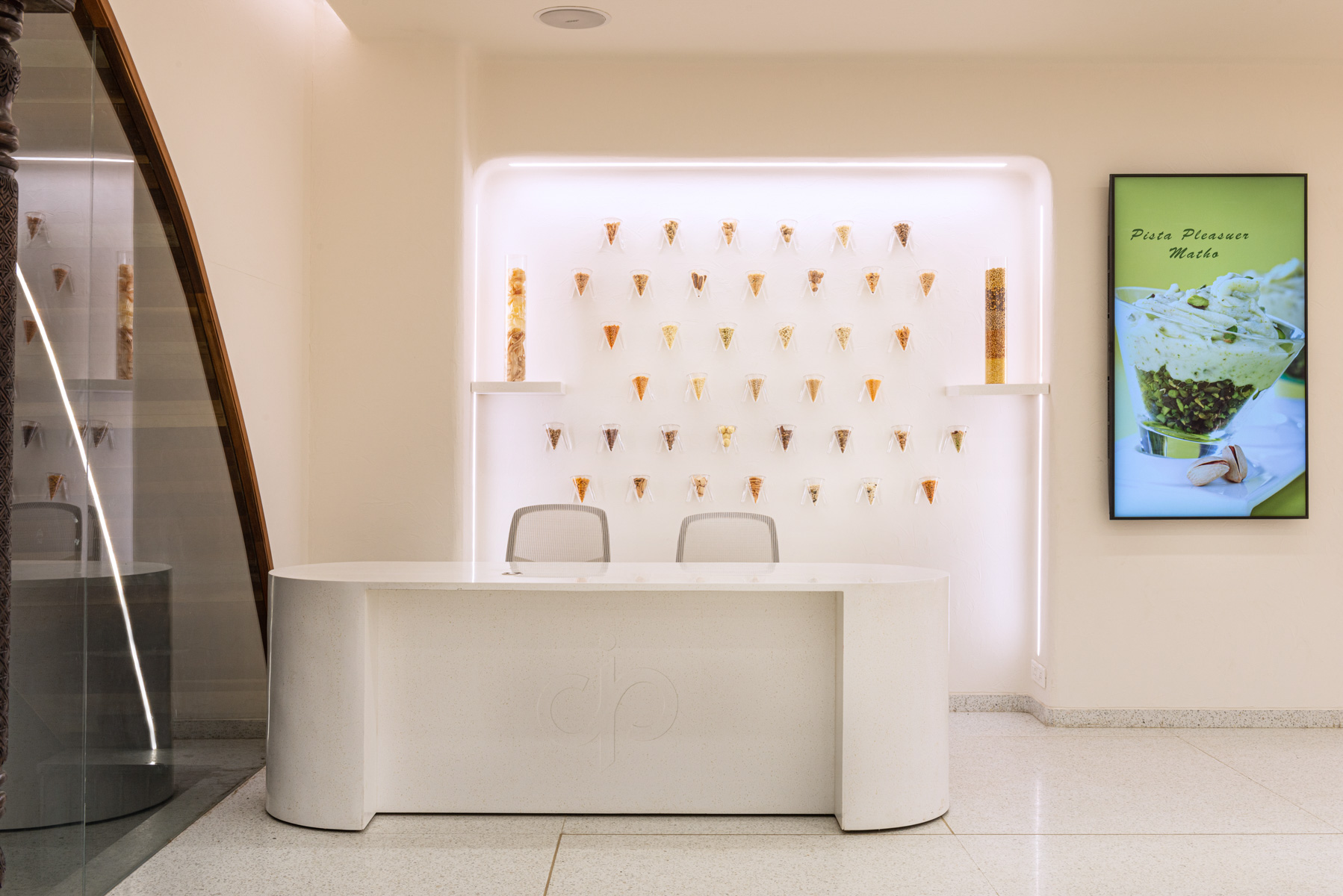 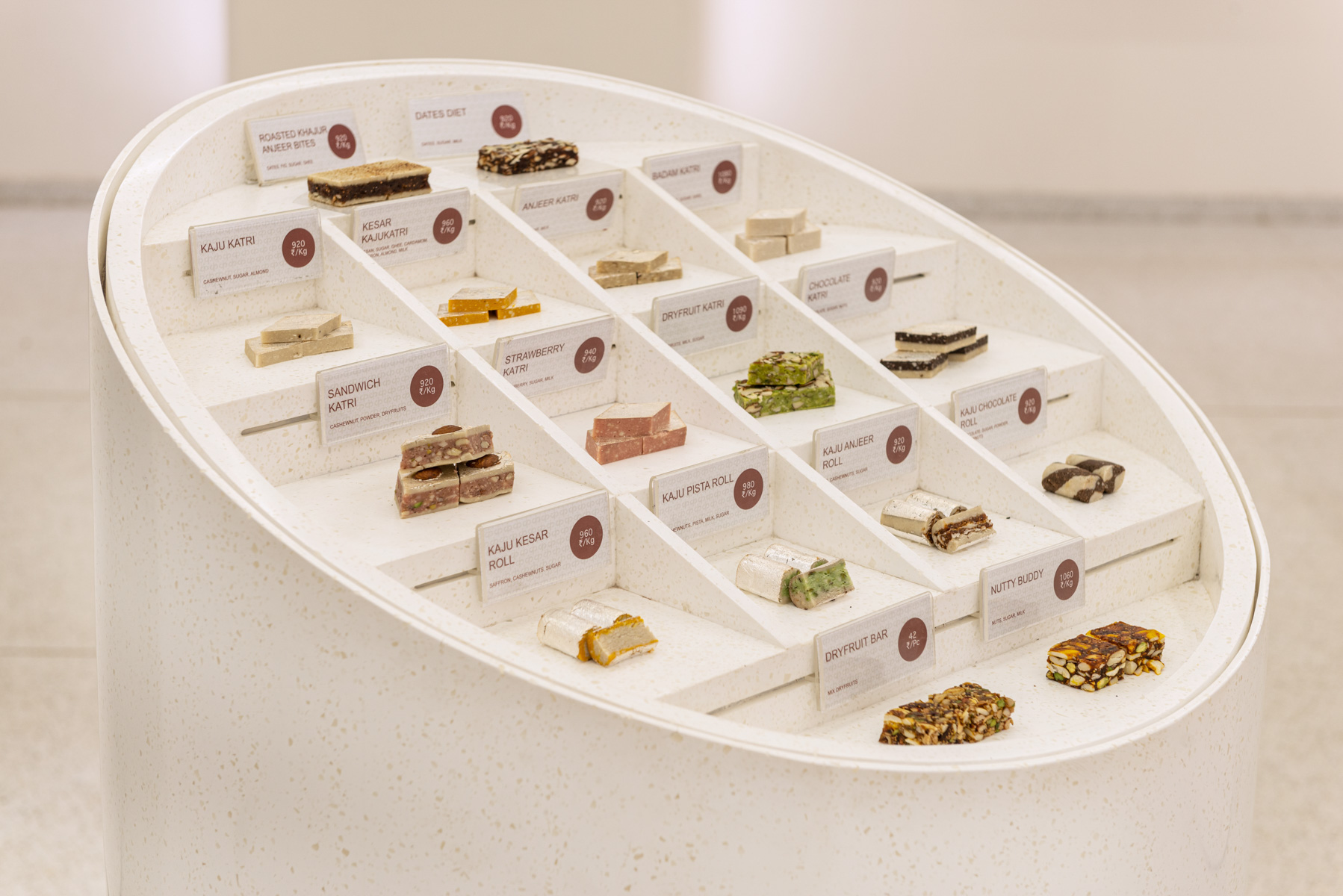